A university professor claims to have created a formula for the perfect version of a British delicacy: the humble chip butty. 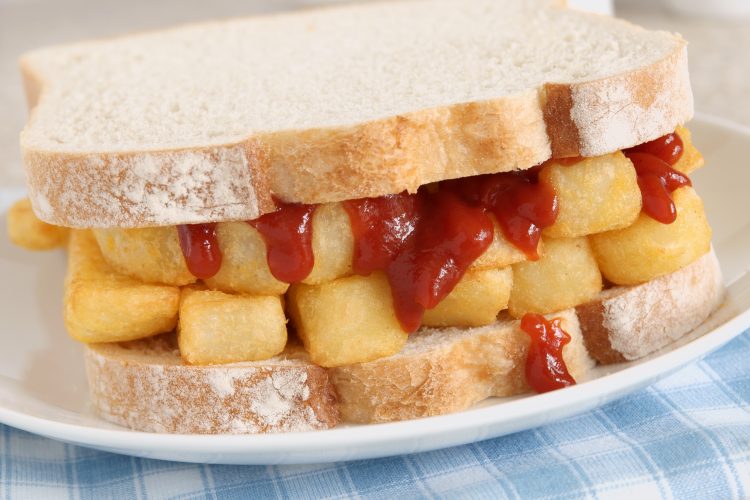 Bread, chips, bread - the chip butty is a simple, yet delicious creation

Think the perfect chip butty doesn’t exist? Think again. Dr James Hind, a statistician from Nottingham Trent University, claims to have developed a formula to ensure you get the fine art of chip butty assembly down to an exact science.

The university professor created his formula based on a survey completed by 2000 people in Britain on how they most commonly create a chip butty. The maths and statistics lecturer then experimented around the most popular methods with timings, temperatures and, crucially, portion sizes to refine his recipe.

The humble chip butty is said to date back to the mid-19th Century in Lancashire, England, and consists quite simply of potato fries (or chips, depending on where you are from), encased in a butter sandwich. It’s working-class beginnings have made it somewhat of a cultural institution in the North of England, with it even celebrated by fans of Sheffield United FC before kick off at their matches.

The survey which Dr Hind used was created by UK supermarket giant Iceland, and it found that the bread for a chip butty must be a sliced white loaf. This is the bread preferred by over half of respondents. It should be a medium sliced loaf (as stated by 49 percent of respondents) rather than thick sliced (26 percent) or thin sliced (7 percent). The bread must be buttered, as stated by 65 percent of those who completed the survey.

The chips should be thick cut (as preferred by 46 percent) rather than standard oven chips (33 percent) or skinny French fries (11 percent). Brits most commonly choose to use only seven or eight chips (37 percent of respondents) in their butty. But after experimenting, Dr Hind concluded that this is not enough and proposed 12 as the perfect number of chips.

He stated that the optimum ratio of chips to bread by weight is three quarters, with the weight of any ketchup included in that of the bread. On that basis, a layer of 12 chips weighing around 60g should go between two 40g medium slices of white bread. Any less than that ratio and Dr Hind warns that there may be insufficient chips to melt the butter, which is required to soften the bread and create a tasty contrast to the crispiness of chips. Too many chips and it will be “awkward to eat the butty and every mouthful will seem like it is almost all chips, with the bread and butter going largely unnoticed”, Dr Hind concluded.

According to the survey, ketchup is the most popular condiment to add to a chip butty (49 percent of respondents preferred this), followed by mayonnaise or vinegar (17 percent for each).

Dr Hind is not the only one who takes an academic approach to creating a chip butty as almost three quarters of Brits believe making the perfect chip butty is an ‘exact science’, according to the study.

3 While the chips are freshly cooked, place at least 12 on one slice of buttered bread so that their weight is three quarters that of the bread plus ketchup

“One thing my formula ignores is salt. That’s a matter of personal taste – and personal health – and so that’s a great place for people to start their own experiments!” added Dr Hind.

“The Chip Butty is one of the greatest culinary inventions in UK history”, said a spokesperson from Iceland, “We felt it our duty to ensure the British public know the optimum way to build their crispy potato sandwich”.