A recent study has demonstrated how cow’s milk can trigger cells that are known to damage neurons, and could worsen MS symptoms. 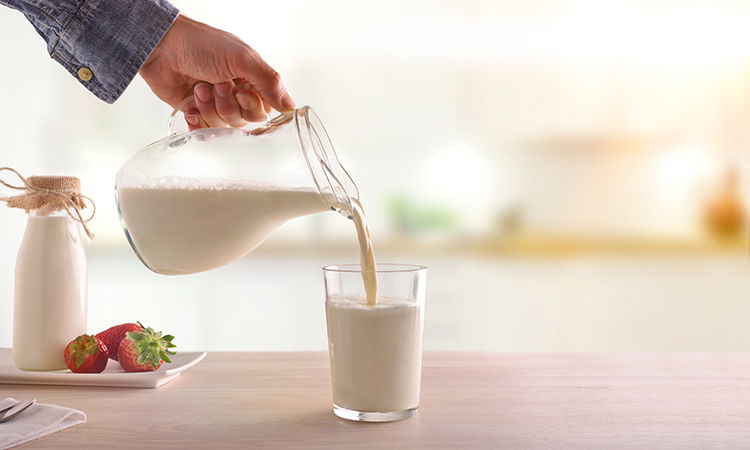 Reports from MS patients suggesting that dairy has negative effects has promoted much research, including this latest investigation which has found that cow’s milk can indeed trigger an autoimmune response that damages neurons.

“We hear again and again from sufferers that they feel worse when they consume milk, cottage cheese or yogurt,” explains Stefanie Kürten from the Institute of Anatomy at University Hospital Bonn. “We are interested in the cause of this correlation.”

The study, conducted by the German universities of Bonn and Erlangen-Nuremberg, found that protein in cow’s milk can trigger inflammation that targets the ‘insulating layer’ around nerve cells, known as myelin. The researchers were able to demonstrate this link in mice, but also found evidence of a similar mechanism in humans.

“We injected mice with different proteins from cow’s milk,” Kürten explained. “We wanted to find out if there was a constituent that they were responding to with symptoms of disease.”

When the researchers administered the cow’s milk constituent casein together with an effect enhancer to the animals, the mice tested went on to develop neurological disorders.

What does this mean for people with MS?

In MS, the body’s immune system destroys the myelin sheath (a substance which is found on neurons within the central nervous system and the peripheral nervous system). The consequences range from vision problems to movement disorders, and in extreme cases, patients need a wheelchair.

In the experiment with mice, the insulating sheath was massively punctured when injected with the proteins from cow’s milk.

“We suspected that the reason was a misdirected immune response, similar to that seen in MS patients,” explained Rittika Chunder, one of the study’s leads. “The body’s defences actually attack the casein, but in the process, they also destroy proteins involved in the formation of myelin.”

To see how this would impact humans, the researchers added casein antibodies from mice to human brain tissue, which led to a similar reaction.

Interestingly, the adverse effects only impacted MS patients who are allergic to cow’s milk casein. “We are currently developing a self-test with which affected individuals can check whether they carry corresponding antibodies,” said Kürten, “At least this subgroup should refrain from consuming milk, yogurt, or cottage cheese.”

But the researchers found that it is possible that cow’s milk also increases the risk of developing MS in healthy individuals because casein can also trigger allergies in them. Although, they note that this does not mean that hypersensitivity to casein necessarily leads to the development of the disease.

“Studies indicate that MS rates are elevated in populations where a lot of cow’s milk is consumed,” Kürten concluded

More research is needed, but Kürten reassures that a casein allergy alone is not enough for someone to develop MS as there are other risk factors and unknown causes too.