Swiss voters will decide on various “popular initiatives” at the polls this Sunday, one of which calls for the ban of synthetic pesticides in the European nation. 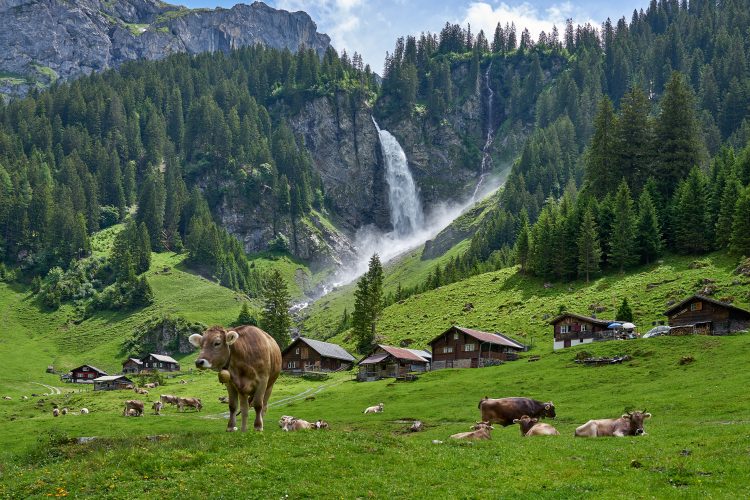 Often idyllic-looking, Switzerland has been divided over the issue of pesticides in recent years

Voters in Switzerland will go to the polls on Sunday to decide whether the country should ban artificial pesticides in what would be a first for Europe, with some of the continent’s biggest manufacturing names including Bayer and Syngenta intervening in the debate.

Among the five questions being decided by Swiss voters at the weekend is the potential ban on synthetic pesticides as well as an initiative which seeks to protect drinking water, which would see subsidies only paid to farmers who fulfil certain environmental conditions, such as a ban on antibiotics used “for preventative purposes”.

Switzerland’s unique voting system means that citizens can force a referendum on a “popular initiative” if they can secure 100,000 signatures from eligible voters in support of the proposed initiative.

The proposed pesticide ban has been fairly divisive among the Swiss agricultural industry, which generated more than 10 billion Swiss Francs in 2015. Headlines were made back in 2019, after Swiss Water Research Institute EAWAG published research detailing the scale of pesticide residue found in Swiss groundwater.

Yet many farmers think they are getting a raw deal. “A lot of people in cities think if they have two tomatoes growing on the balcony of their apartment they understand farming,” Martin Haab, president of the Zurich Farmers Association, told Reuters.

“I look back 200 years ago when we couldn’t protect our plants and animals, and we had hunger in Switzerland and all over Europe,” he added.

Sandra Helfenstein, a spokesperson for the Swiss Farmers Union, expressed similar concerns over the proposed ban. “These agents are used because there are diseases and pests,” Helfenstein told news outlet Deutsche Welle. “They’re not going to suddenly go away just because we don’t want to use pesticides anymore.”

Pesticide manufacturer Syngenta, which has its headquarters in Switzerland, has opposed the popular initiative. “The consequences of not using them are clear: fewer regional products, higher prices, and more imports,” a spokesperson told Reuters.

Pesticides have courted controversy recently, with opponents pointing to the potentially dangerous effects they can have if they reach the water supply. Residents in Mead, Nebraska, have expressed their outrage after it was found that a nearby ethanol plant had been contaminating the area with pesticide which are reportedly higher than what is considered safe.

So are synthetic pesticides an essential feature of modern agriculture? Or are they a biohazard waiting to happen? This is what voters in Switzerland will have to decide this weekend, and there is a feeling that similar decisions may be weighed up by other governments in the years to come.