Is it time to give mushrooms more credit on Stop Food Waste Day?

As attitudes to food waste change, is it time to give one unsung hero its time in the spotlight? The UK and Ireland Mushroom Producers believe its versatility has led many across the UK to add it to their shopping trolleys during the pandemic. 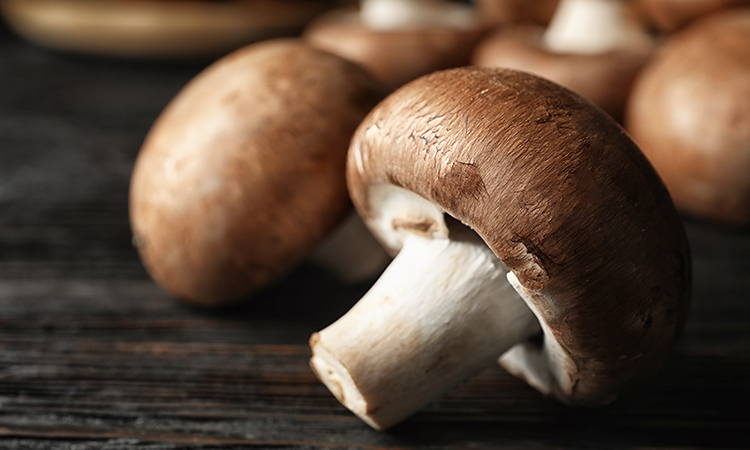 On this year’s Stop Food Waste Day, its perhaps time to pay homage to an unsung hero of the fridge’s bottom drawer. The humble mushroom, which can be thrown into almost any meal, has seen a rise in sales over the pandemic, and some believe it is an increased consciousness of food waste which has led to this.

According to circular economy organisation WRAP, the UK wastes 4.5 million tonnes of food each year.1 Putting this in perspective – this represents 375,000 refuse collecting vehicles, which, if parked nose to tail would circumnavigate the M25 thirteen times.

Latest figures show, on average, British households throw out food which has either passed its sell-by date or is surplus to needs, to the tune of £700 per year.2

But a recent survey has suggested that many of rethought their relationship with food, perhaps in the light of a global pandemic which has put so much strain on both retailers in keeping shelves stocked and consumers in putting themselves at risk when they go shopping.

The survey claims 84 percent of those questioned claimed to have shifted their thinking and now believe food waste is an important national issue.

The UK and Ireland Mushroom Producers, a partnership between mushroom farmers in both countries, says its versatile product is benefiting from this change in British attitude, as more and more Brits thrown together recipes to use up what they have left in their fridges and cupboards.

Along with tomatoes, mushrooms’ versatility means they can be used in almost every meal of the day, from breakfast (on toast, or alongside a full English), to dinner with a Stroganoff or chicken casserole. It’s perhaps this wide range of uses that has seen a large surge in sales over the pandemic, according to the UK and Ireland Mushroom Producers.

Mushrooms are one of life’s easy veg to cultivate. Grown in ‘growing houses’ they can either be picked as button mushrooms or allowed to grow for longer and qualify as large mushrooms. Mushrooms have some solid sustainability credentials too – the Mushroom Council claims it only takes 1.8 gallons (eight litres) of water to produce a pound of mushrooms, with one acre of land yielding around a million pounds of mushrooms too.

With this in mind, is it time to give mushrooms a bit more credit?