Mushrooms are high in often forgotten nutrients say scientists, with very little drawbacks in terms of calories or saturated fats to worry about. 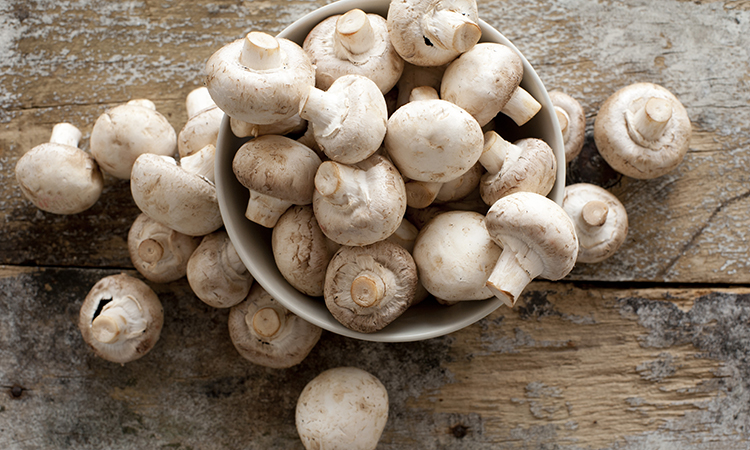 Researchers have identified another good reason to eat more mushrooms. New research, published in Food Science and Nutrition (January 2021), found that adding a mushroom serving to the diet increased the intake of several micronutrients, including so-called shortfall nutrients such as vitamin D, without any increase in calories, sodium or fat.

Dr. Victor L. Fulgoni III and Dr. Sanjiv Agarwal modelled the addition of mushrooms to National Health and Nutrition Examination Survey (NHANES) 2011-2016 dietary data looking at a composite of white, crimini and portabella mushrooms at a 1:1:1 ratio. One scenario included UV-light exposed mushrooms, and one scenario including oyster mushrooms for both nine to 18 years and 19+ years of age based on an 84 grams serving.

The research team found that an 84g serving of mushrooms increased several shortfall nutrients including potassium and fibre. This was true for the white, crimini and portabella 1:1:1 mix and the oyster mushrooms.

“This research validated what we already knew that adding mushrooms to your plate is an effective way to reach the dietary goals identified by the DGA,” said Mary Jo Feeney, nutrition research coordinator to the Mushroom Council.

Mushrooms are fungi – a member of the third food kingdom – biologically distinct from plant and animal-derived foods that comprise the USDA food patterns, yet have a unique nutrient profile that provides nutrients common to both plant and animal foods.

Although classified into food grouping systems by their use as a vegetable, mushrooms’ increasing use in main entrees in plant-forward diets is growing. According to the research team, the fungi could boost consumers’ efforts to follow food-based dietary guidance recommendations to lower their intake of calories, saturated fatty acids, and sodium, while increasing their intake of under-consumed nutrients including fibre, potassium and vitamin D. Often grouped with vegetables, mushrooms provide many of the nutrient attributes of produce, as well as attributes more commonly found in meat, beans or grains.

According to the research team, mushrooms are unique in that they are the only food in the produce aisle that contain vitamin D. Specifically, one serving of raw, UV-exposed, white (90 grams) and crimini (80 grams) mushrooms contains 23.6mcg (118 percent RDA) and 25.52mcg (128 percent RDA) of vitamin D, respectively.