Significant portions of Colombia could become unsuitable for coffee production according to new research, with farmers facing the prospect of relocation to continue growing the crop. 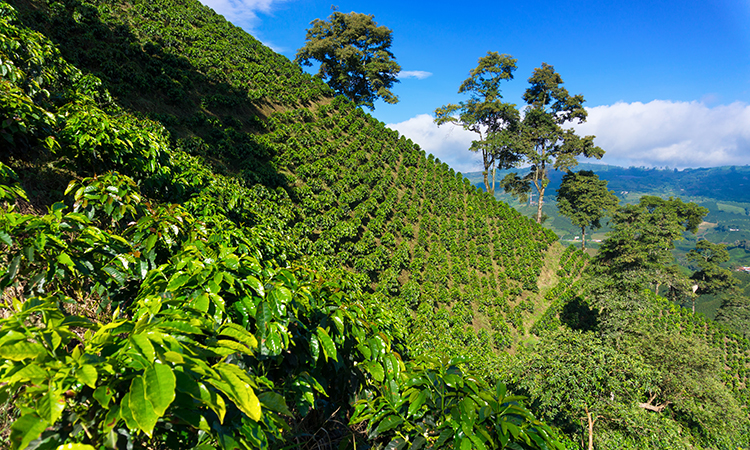 Coffee is the third largest producer of coffee in the world

If your day started with a cup of coffee, there’s a good chance your morning brew came from Colombia. Home to some of the finest Arabica beans, the country is the world’s third largest coffee producer. Climate change poses new challenges to coffee production in Colombia, as it does to agricultural production anywhere in the world, but a new University of Illinois study shows effects vary widely depending on where the coffee beans grow.

“Colombia is a large country with a very distinct geography. The Andes Mountains cross the country from its southwest to northeast corner. Colombian coffee is currently growing in areas with different altitude levels, and climate impacts will likely be very different for low altitude and high-altitude regions,” said Sandy Dall’Erba, professor in the Department of Agricultural and Consumer Economics (ACE) and director of the Regional Economics Applications Laboratory (REAL) at the University of Illinois.

Other studies on the future of coffee production have either considered the country as a whole, or focused on a few areas within the country.

Dall’Erba and lead author Federico Ceballos-Sierra looked at climate and coffee production for the entire country, broken down into 521 municipalities. They claim this high level of detailed information allows them to identify significant regional variations.

“Colombia is not going to experience reduced productivity overall. But when we look into the impact across municipalities, we see many differences that get lost in the national average. That has important implications for coffee growers who live in one municipality versus another,” Ceballos-Sierra said.

“Low-altitude municipalities will be negatively affected by climate change, and thousands of growers and their families in these areas will see their livelihood jeopardised because productivity is likely to fall below their breakeven point by mid-century,” he said.

The researchers analysed climate data from 2007 to 2013 across Colombia’s 521 coffee-producing municipalities and evaluated how temperature and precipitation affected coffee yield. Subsequently, they model anticipated weather conditions from 2042 to 2061 and future coffee production for each municipal area.

At the national level, they estimate productivity will increase 7.6 percent by 2061. But this forecast covers a wide margin of spatial differences, ranging from a 16 percent increase in high altitude regions (1,500 meters or 5,000 feet above sea level) to a 8.1 percent decrease in low altitude regions. Rising temperatures will benefit areas that are now marginal for coffee production, while areas that are currently prime coffee growing locations will be too hot and dry in the future.

What does this mean for Colombia?

The research findings could have important implications both for coffee growers and policymakers.

“In the future it will be more beneficial to grow coffee higher up in the mountains. So for those who can afford it, buying land in those areas would be a good investment,” Dall’Erba said. “The government might want to consider building infrastructures such as roads, water systems, electricity, and communication towers that would allow farmers in more elevated places to easily access nearby hubs and cities where they can sell their crops. We would expect more settlements and an increasing need for public services in those locations.”

Colombia’s policymakers can also focus on supporting farmers who no longer will be able to make a living from growing coffee, so they can transition to something else, Ceballos-Sierra said.

“Looking into these regional estimates allows us to make predictions and provide policy suggestions. Specific place-tailored strategies should guide how coffee production adapts to future climate conditions in Colombia,” he concluded.

The researchers say their findings may also apply to other coffee growing locations, including Hawaii, California, and Puerto Rico in the United States.