New research suggests female-owned farms are more likely to be found in areas closer to urban centres, with the average size being less than 50 acres. 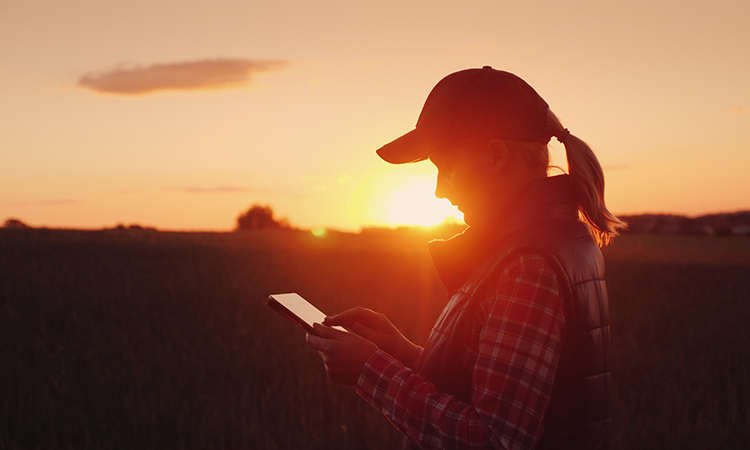 While women can be drawn into farming for many reasons, researchers in Penn State’s College of Agricultural Sciences have found that female-owned farms in the US are more common in areas that are closer to urban markets, that engage in agritourism activity, and that offer greater access to childcare.

The number of farms operated by women has risen over the past two decades, said Claudia Schmidt, assistant professor of marketing and local/regional food systems.

The US Department of Agriculture (USDA) changed the way it counts the operators of farms in its most recent Census of Agriculture, allowing for up to four principal operators per farm. This has inflated the number of female operators somewhat, but female participation in agriculture is nonetheless at an all-time high, according to Schmidt.

“This type of research is needed not just for reasons of equity, but also to support a more diverse and resilient agricultural sector in general,” said Schmidt.

“Without knowing more about female farm-operators’ decision making, agricultural service providers have had to make assumptions about the type of information and products that are useful to them.

“Our analysis shows some of the ways in which female-owned farms are unique and it can offer important insights into how best to serve this population.”

Using data from the US Census of Agriculture from 2002-2017, Schmidt and her colleagues developed a statistical model to examine the relationship between a county’s share of female-operated farms and the conditions in the county. Their goal was to shed light on aspects of the local economic and agricultural ecosystems that are most strongly associated with female-owned farms.

“We wanted to understand why women are drawn to farming,” said Stephan Goetz, professor of agricultural and regional economics and director of the Northeast Regional Center for Rural Development (NERCRD).

“We also wanted to examine how local agricultural conditions – what farming generally looks like in a given place – relate to women’s participation in agriculture.”

The analysis, which was recently published in Food Policy, shows that more female-owned farms are found where average farm size is below 50 acres, where annual farm sales average less than $10,000 per farm, where more farms specialise in grazing sheep or goats, and where agritourism activities -which attract visitors to farms – are more common.

“Our findings suggest that females are more likely to engage in the type of farming that benefits from being in or near urban locations,” said Goetz.

“In addition to offering more opportunities to market directly to consumers, urban and suburban locations also offer greater access to childcare than rural areas, and our research showed the availability of childcare is correlated with the number of female-owned farms in a county.”