Coca-Cola to use bottles made from recycled plastic

Coca-Cola is transitioning to recycled plastic bottles across several of its big-name brands in the US in a bid to cut down on waste and greenhouse gas emissions. 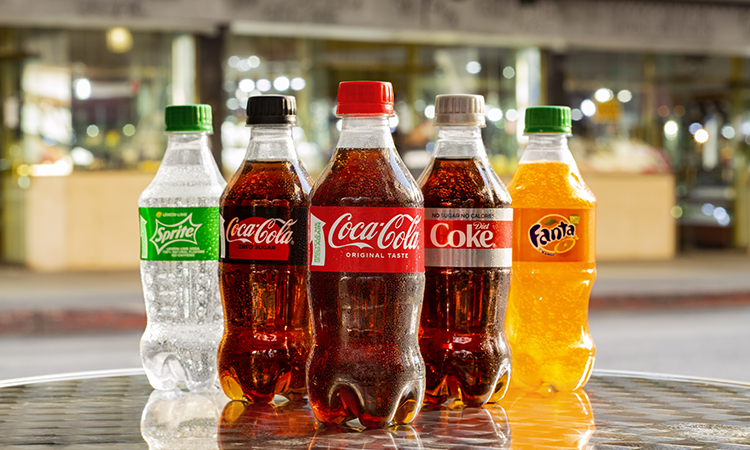 The Coca-Cola Company has announced the introduction of a new 13.2oz bottle made from 100 percent recycled plastic material (rPET) in the US (though this does not include the bottle cap or label). This new bottle will be available first in the original Coca-Cola brand.

In addition, the company has also announced the transition to bottles made from 100 percent recycled plastic material across a selection of brands in its portfolio, including DASANI and smartwater, which will be available in various package sizes this year.

Coca-Cola says the shift to rPET will reduce the company’s use of new plastic by more than 20 percent across the portfolio in North America compared to 2018.

In addition, Coca-Cola says 20oz bottles made from 100 percent rPET are being introduced across the Coca-Cola, Coke Zero Sugar, Diet Coke and Coca-Cola Flavors brands beginning this month in California and New York, with the rollout continuing into Texas in spring.

DASANI and smartwater will follow suit, introducing 20oz bottles made from 100 percent rPET in March and July, respectively. Finally, in February, people in select markets will see a new 13.2oz clear bottle from Sprite, also made from 100 percent rPET. The clear package makes it easier for bottles to be recycled and remade into new bottles. All Sprite packaging will transition to clear packaging by the end of 2022.

“Given our scale and resources, we realise our unique opportunity and clear responsibility to make a positive difference in the global plastic crisis, bringing us closer to our ambitious World Without Waste goals,” said Alpa Sutaria, Vice President and General Manager, Sustainability, North America Operating Unit, The Coca-Cola Company.

“Plastic is a valuable packaging resource and these innovations in the US represent meaningful action that focuses not just on what goes into the bottles, but on innovation of the bottles themselves.”

In 2018, the company pledged robust World Without Waste goals to collect and recycle the equivalent of a bottle or can for every one the company sells by 2030, to make 100 percent of packaging recyclable by 2025 and to use 50 percent recycled material in bottles and cans by 2030.

By introducing 100 percent rPET bottles in the US, the soft drinks giant claims a total of 19 markets globally now offer recycled packaging. Using internal company tools and analyses, Coca-Cola estimated that in the US, these innovations represent a 10,000 metric ton reduction in GHG emissions annually – the equivalent of taking 2,120 cars off the road for one year.