Scientists from South Korea claim to have developed an effective yet simple strategy to quantify potentially harmful histamine levels in fish samples. 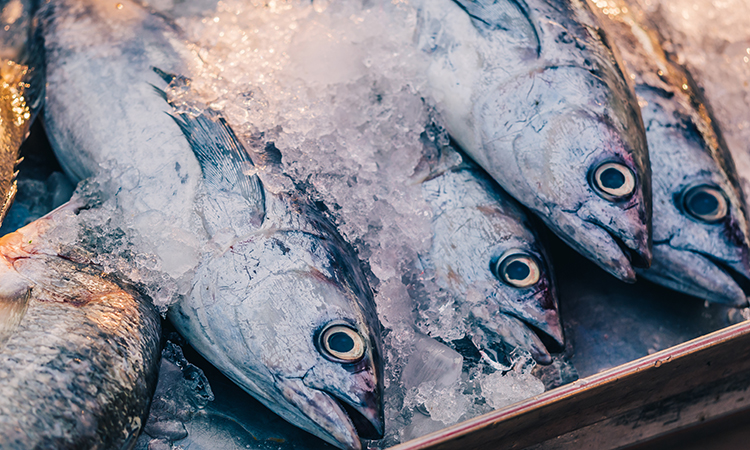 Potentially harmful histamine can collect in Mackerel if it is left unrefrigerated for a long time.

Histamine is a dangerous compound that occurs in spoiled food, such as mackerel, left at room temperature for too long. Scientists from Chung-Ang University, South Korea, have developed a novel histamine quantification strategy based on fluorescent carbon nanoparticles and histamine-binding peptides. They say their approach is simple, inexpensive and allows the testing for products like mackerel to be done much more efficiently.

According to the research team, existing techniques to detect histamine exist generally require expensive and bulky equipment, as well as the presence of a qualified analyst.

In their study, which was led by Professor Tae Jung Park and Jong Pil Park and published in Biosensors and Bioelectronics, the team describes their novel approach based on the use of fluorescent carbon nanoparticles and a protein that binds strongly to histamine.

First, the scientists looked for peptides – short chains of amino acids – with the highest affinity and selectivity against histamine. To do this, they employed phage-display technology, in which the external proteins of genetically modified viruses are used to check for chemical interactions. After screening with a large peptide library, they identified the best one for their purposes, called “Hisp3.”

Then, the scientists produced fluorescent carbon nanoparticles called “carbon quantum dots (CQDs)” and coated them with N-Acetyl-L-Cysteine (NAC), a naturally occurring compound that also binds to Hisp3. The CQDs are fluorescent, meaning that upon irradiation with ultraviolet light, they re-emit the captured energy at a lower, visible frequency. However, their fluorescence is ‘quenched’ when Hisp3 is added to the mix, which binds to the NAC and covers the CQDs’ surface.

This last part is essential to the method because, when a histamine-containing sample is mixed with the CQDs, the Hisp3 unbinds from the NAC and binds to the histamine, restoring the original fluorescence levels of the CQDs in direct proportion to the concentration of histamine (as shown in the accompanying figure).

By comparing the initial and final fluorescence levels of the CQDs using a fluorescence detection instrument or a handheld UV flashlight, it is possible to indirectly quantify the concentration or intensity of histamine in the sample.

The proposed strategy was validated using fish samples with known histamine concentrations and other established techniques as well. Surprisingly, the scientists claim the new method proved to be more powerful than existing ones despite being simpler.

“We managed to accurately measure histamine concentrations ranging from 0.1 to 100 parts per million, with a limit of detection as low as 13 parts per billion,” said Professor Park.

“This means our approach is not only more convenient but also more effective and sensitive than those currently available methods.

“While the detection of histamine as a harmful factor is important, our approach can further serve to objectively measure the quality and freshness of food, thereby contributing to increasing food safety and benefitting consumers.”