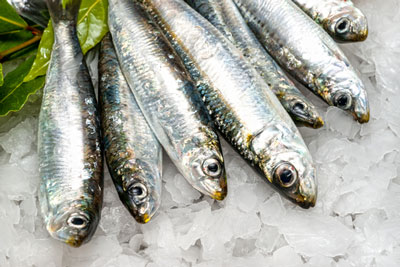 Storage times and CO2 content in packaging are the two main factors that influence the effect of temperature on histamine formation in fishery products. Scientists have identified combinations of these two factors that meet the EU food safety criteria for various storage temperatures. These are some of the conclusions of a European Food Safety Authority (EFSA) report on the temperature to apply to pre-packaged fishery products at retail.

Histamine is a substance that forms when certain fish are not properly refrigerated before being cooked or processed. Its presence in fish is controlled by EU legislation.

Tuna, sardines, mackerel, and anchovies are among the species where histamine can be found.

In the EU, histamine poisoning is one of the most common illnesses caused by fish and fishery products. In 2013, there were 42 reported outbreaks of histamine poisoning which involved 231 people. However the actual number of outbreaks and affected people is probably greater than reported.

Fishery products containing high levels of histamine might not look or smell bad, but can cause illness. The symptoms include tingling or burning of the mouth or throat, rash, headache, diarrhoea and usually start within one hour after eating.

Cooking, freezing and canning will not destroy histamine

“Cooking, freezing and canning will not destroy this toxin, histamine, after it has formed. The best prevention is to stop it from forming by maintaining the cold chain and keeping fish refrigerated,” explains Ernesto Liebana, Head of EFSA’s Biological Hazards and Contaminants unit.

To carry out the assessment, EFSA scientists used predictive bacterial growth models that assume favourable conditions for histamine formation. These models estimate the rate of microbial growth or provide an indication of whether growth of a particular microorganism will occur under a specified set of conditions.