Support for families using the free school meals voucher scheme has emerged from UK supermarkets and charities as the debate looks set to continue. 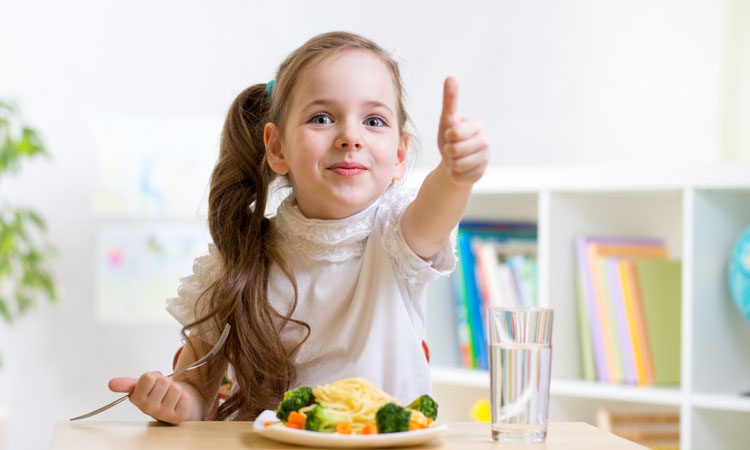 At present, children who would normally receive free school meals can benefit from a £15 voucher per week to buy food.

Businesses and charities from across the UK are offering their support to families and school children as the row over free school meals continues.

Some of the UK’s biggest names in retail have pledged their support, while charities up and down the UK continue to work to ensure no child goes hungry during the latest national lockdown.

Marks and Spencer has announced it will top up the value of any free school meals voucher to £20 (the standard amount is £15), with the extra £5 being covered by the supermarket itself. In order to take advantage of this offer, those in receipt of free school meals should enter their eCode provided by the government scheme into the link provided and exchange it for an M&S voucher, which the supermarket says it will credit with £20 that can be used at any M&S store.

In addition, M&S has launched a downloadable meal planner to help families plan meals under the scheme. Developed by M&S nutritionist Laura Street, the planner includes ideas for breakfast, lunch, and a snack for five days – the ingredients for which come in at under £20 in the supermarket.

Similarly, fellow supermarket Tesco has also created a webpage full of recipe ideas and a budget-friendly shopping list which costs less than £15.

Marcus Rashford MBE was full of praise for M&S. “Education is the most effective means of breaking cycles of hardship in some respects but education is only achievable with strong engagement and concentration,” he said.

“Unfortunately for the majority, hunger does not allow that. I thank M&S for taking the strong initiative to support the uplift of the vouchers to cover an essential meal of the day and I’m confident we will see a great response from those most vulnerable.”

Charities are also doing their bit to make sure children get the nutrition they require to learn during what is proving to be a very tough start to 2021. Food charity Magic Breakfast says it has doubled its support to schools, and will now offer its food provisions to an 120,000 children throughout the UK, compared to the 48,000 it was helping to feed in 2020.

“We are delighted to have welcomed more than 500 additional schools to the Magic Breakfast family, which is now in its 20th year,” said Rachael Anderson, Head of Schools at Magic Breakfast.

“This means we can now work with these schools to offer breakfast to an additional 120,000 children at risk of hunger – three times the number of children we were reaching in 2020. These children will be able to start the day with the energy and nutrition they need to make the most of their education.

“This will no doubt be another challenging year. We know that COVID-19 has exacerbated food insecurity; many of our partner schools have reported notable increases in hunger and disadvantage in their communities, which is why it is vital that we reach as many children as we can with a healthy breakfast.

“With over two million children at risk of hunger in the UK, and the pandemic worsening, we are deeply concerned for the growing number of children who start each day without the confidence they will get the food they need.”

This week in parliament, all but one Conservative Party MP abstained on a motion tabled by the Labour Party which calls on the government to guarantee families the full value of the £15 free school meals scheme after pictures of inadequate food parcels surfaced last week. Despite passing by 273 votes to zero, the motion is not legally binding and is purely symbolic. With the February half-term school holidays approaching, the row over free school meals looks set to rumble on for some weeks.