Saccharin does not lead to diabetes, according to new research

New research from Ohio State University claims that saccharin does not cause diabetes, allaying fears that the sweetener may be doing more harm than good. 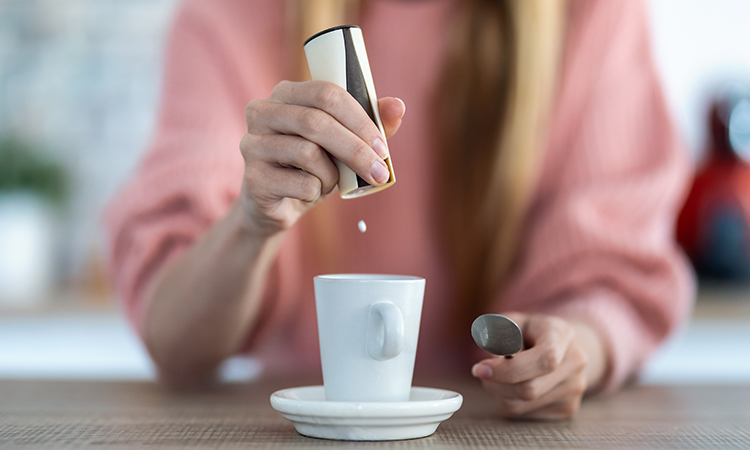 Saccharin could turn out to be a viable sugar alternative after all.

For those trying to live a healthy lifestyle, the choice between sugar and artificial sweeteners such as saccharin can be confusing. A new study led by researchers at The Ohio State University Wexner Medical Center and The Ohio State University College of Medicine found that the sugar substitute saccharin does not lead to the development of diabetes in healthy adults, as previous studies have suggested. The study’s findings have been published in the journal Microbiome.

“It’s not that the findings of previous studies are wrong, they just didn’t adequately control for things like underlying health conditions, diet choices and lifestyle habits,” said George Kyriazis, assistant professor of biological chemistry and pharmacology at Ohio State and senior author of the study.

“By studying the artificial sweetener saccharin in healthy adults, we’ve isolated its effects and found no change in participants’ gut microbiome or their metabolic profiles, as it was previously suggested.”

The use of artificial sweeteners has increased dramatically over the past decade due to growing awareness of the negative health outcomes associated with consuming too much sugar, study authors noted.

“Previous studies elsewhere have suggested that consuming artificial sweeteners is associated with metabolic syndrome, weight gain, obesity and non-alcoholic fatty liver disease. These findings have raised concerns that consuming them may lead to adverse public health outcomes, and a lack of well-controlled interventional studies contributed to the confusion,” said study first author Joan Serrano, a researcher in the department of biological chemistry and pharmacology at Ohio State.

A total of 46 healthy adults aged 18-45 with body mass indexes of 25 or less completed this randomised, double-blind, placebo-controlled study.

The study excluded people with acute or chronic medical conditions or taking medications that could potentially affect metabolic function, such as diabetes, bariatric surgery, inflammatory bowel disease or a history of malabsorption, and pregnant or nursing.

Researchers also tested for 10 weeks the effects of an even higher dose of saccharin in mice that genetically lack sweet taste receptors, finding the same results: the artificial sweetener did not affect glucose tolerance, or cause any significant gut microbiota changes or apparent adverse health effects.

“Sugar, on the other hand, is well-documented to contribute to obesity, heart disease and diabetes,” Kyriazis said. “So when given the choice, artificial sweeteners such as saccharin are the clear winner based on all of the scientific information we currently have.”

The research team says future research will study each FDA-approved sweetener individually to examine if there are any differences in how they’re metabolised. Researchers will study these substances over a longer period of time to ensure they are safe for daily use.