New research has highlighted meat products as being one of the costliest to produce when it comes to nitrogen loss, which is one of the world’s greatest pollutants. 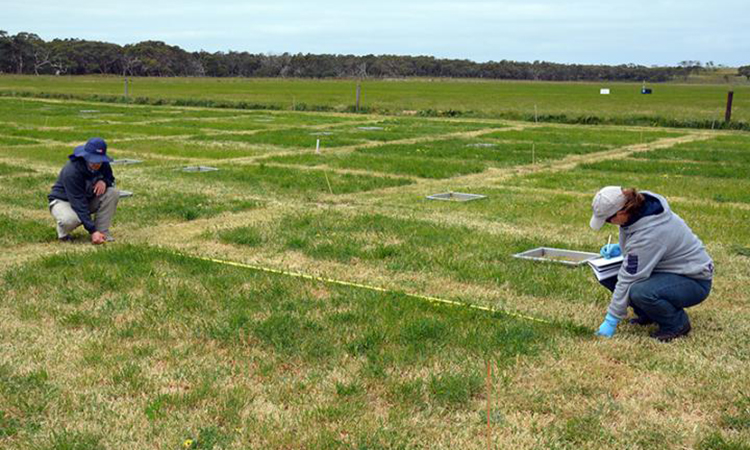 Researchers measured plots on open fields to work out how much nitrogen was being lost through food production. Credit: Shu Kee Lam

The element nitrogen is a double-edged sword. It is essential for growing plants and feeding people, but it is also a leading cause of pollution across the world. Only by using nitrogen more sustainably can the positive and harmful effects of nitrogen be balanced.

New research has developed a framework to ascertain which foods are most sustainable to produce in terms of nitrogen loss, with meat products unsurprisingly being declared the most polluting.

Liang and her team created a framework that accurately measures nitrogen loss across a wide variety of crops and food products. She recently presented the research at the virtual annual meeting of the ASA, Soil Science Society of America (SSSA), and Cactus and Succulent Society of America (CSSA).

“This framework can capture the environmental impacts and societal costs of nitrogen losses,” Liang explained. “This allows us to potentially provide information to inform consumers, producers, and policymakers.”

The team hopes this research will contribute towards making agricultural systems across the world more sustainable, less polluting, and more profitable.

Their framework measures both overall nitrogen loss and nitrogen loss intensity. The latter is the loss per unit of food or per unit of nitrogen produced. This allows better comparisons across different crops and food items.

The framework reveals that the loss quantity and loss intensity vary considerably for different food products, especially when compared between farmers and countries. The database includes 115 crop and 11 livestock commodities at the global scale.

“The lowest nitrogen loss for the 11 livestock products exceeds that of vegetable substitutes,” Liang says. “This confirms the importance of dietary change to reduce nitrogen loss through consumption.”

The nitrogen loss from fields can cause harm in multiple ways. It can cause smog and further climate change. It harms soil and water, as well as the plants and animals that live there. The research team even claims that high levels of nitrogen in the air and water have been connected to illness in humans.

Liang highlights that with current activities, the planet’s nitrogen boundary, a “safe operating space” for humanity, is exceeded by over two-fold.

The solutions to this problem are of course complex. On farms themselves, there are many techniques to better manage nitrogen. These include better fertiliser technologies and practices, improved crop varieties, and following the “4 Rs.” This means using the right fertiliser in the right amount at the right time in the right place. There are also ways to improve nitrogen management in livestock.

However, Liang explains that on-the-farm solutions are only half the battle. An economic approach is also needed.

“An economic approach would provide incentives for adopting better nitrogen management practices,” she said. “For instance, incentives should be given to promote sustainable measures to maintain the soil nitrogen. These include reducing the risk of soil degradation and erosion and the overuse of fertilisers.”

Individuals can also adopt helpful changes, she adds. Reducing consumption of meat and reducing food waste are two options. Another is engaging in discussions about sustainable nitrogen management.

“When we buy a washing machine or a car, we can choose a more water efficient and energy efficient product by water and energy rating,” Liang added. “However, despite growing recognition of the importance of nitrogen in sustainable food production and consumption, we don’t follow a similar idea for foods we eat.”