A survey which has found that the majority of Brits won’t be going plant-based this year, has also highlighted confusion among consumers around what a plant-based diet is. 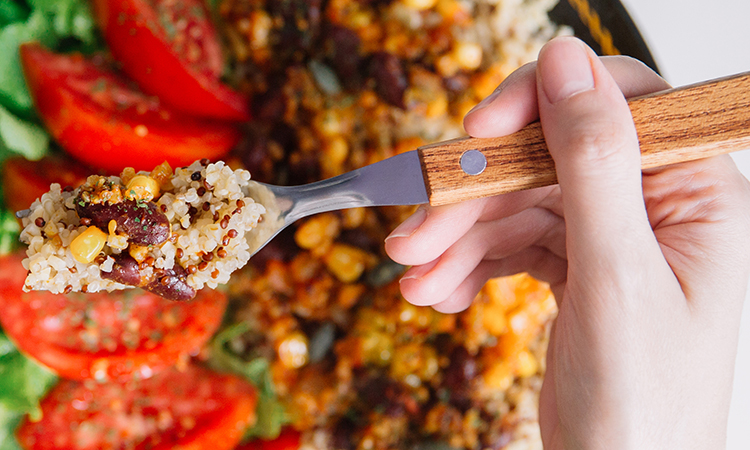 New research from the British Nutrition Foundation (BNF) reveals that 61 percent of British people say they are unlikely to follow a plant-based diet in the new year, with those aged between 45–54 least likely to do so (66 percent).

The survey, undertaken by YouGov on behalf of BNF, showed that the most probable age groups to follow a plant-based diet in the new year are 25–35 and over 55, with nearly a quarter (22 percent) of respondents from each age group likely or very likely to do so.

Sara Stanner, the BNF’s Science Director, said: “Most organisations, including BNF, define ‘plant-based diets’ as those mostly based on foods derived from plants, such as grains, vegetables, fruit, pulses and nuts, but that can also include a smaller proportion of animal derived foods such as meat, fish, eggs and milk.

“This is the type of diet depicted in the Government’s healthy eating model, the Eatwell Guide, in which over two-thirds of the foods illustrated are derived from plants. However, most people in our survey thought it meant being vegetarian or vegan, with only 10 percent equating plant-based with a ‘flexitarian’ approach, or a diet that provides a diversity of different protein sources.

“Research shows that diets that contain a high proportion of plant-based foods have health and environmental benefits, and we need to make sure people are not put off this style of eating by thinking they have to avoid all animal foods.

“The key to a healthy plant-based diet is eating a wide variety of plant foods, but not necessarily cutting out animal products altogether.”

More than 50 percent of respondents to the survey said they thought a plant-based diet was healthier, while a similar amount said it was better for the environment.

“We have seen significant growth of interest in plant-based diets in recent years, influenced by both health and environmental concerns,” Stanner added.

“Diets rich in plant foods have many health benefits including providing micronutrients, fibre, fruits and vegetables. However, animal foods such as meat, dairy, eggs and fish are important sources of a number of minerals and vitamins, including iron, zinc, calcium and vitamin B12, and so it’s important to balance the diet to make sure we’re getting everything we need.

“For many of us, the key may be finding ways of including more plant-based foods without drastic changes to the diet, for example, making stews with a mix of meat and beans instead of just meat, adding extra vegetables to meals and trying out a wider variety of plant foods or plant-based recipes.”