Are US food labels sufficiently transparent when it comes to animal welfare claims?

The Animal Welfare Institute (AWI) has challenged the USDA over what it says is confusing language used on meat products regarding the treatment of the animal. Here, New Food hears both sides of the story… 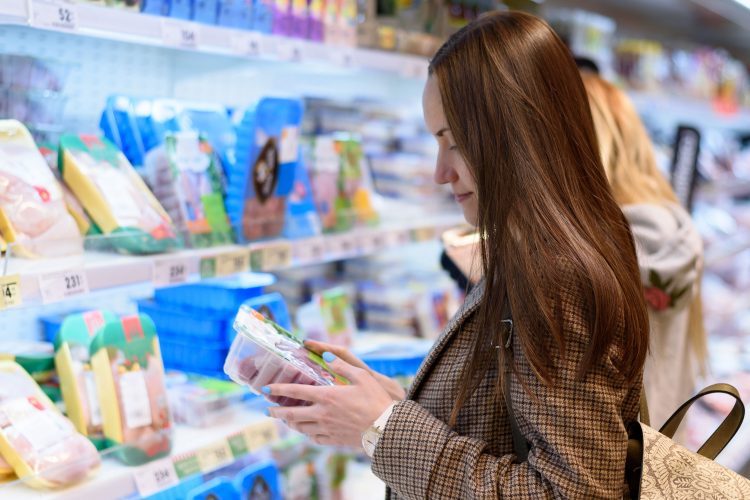 Research has identified rising concerns and interest from American consumers in animal welfare, but the Animal Welfare Institute (AWI) warns that those looking for well-treated turkeys this Thanksgiving might struggle.

According to the AWI, between 85 to 90 percent of people nationwide collectively consume around 50 million turkeys every Thanksgiving. However, it cautions that a lot of these turkeys are “raised in overcrowded, disease-ridden factory farms without access to fresh air”.

The inhumane treatment of turkeys continues after the farm, the AWI adds. During transportation, the Institute claims that the birds must cope with temperature-induced stress, dehydration and starvation, among other things.

This is despite rising numbers of Americans expressing that humane treatment of animals raised for food is important. A 2018 survey from YouGov found that 63 percent of Americans say that if they discovered a company had a bad reputation for animal welfare it would make them less likely to purchase process meat from that brand. Although the survey also found that 43 percent of Americans admit they “never” or “rarely” check to see what company processed the meat they buy.

Further findings complement the above trends, and as such, the Animal Welfare Institute has ushered a warning to those concerned US consumers to be label-savvy this Thanksgiving as it claims certain label terminology could be “misleading”.

It specifically highlights phrases such as ethically- and thoughtfully-raised, for which it points out there are no regulatory standards or third-party certification programmes.

Alongside its warning to consumers, the AWI is also challenging the USDA for allowing what it describes as “confusing” labels.

“Government regulators behave as though animal welfare were a subjective concept that can be defined by individual producers as they see fit,” said Dena Jones, Director of AWI’s farm animal program. “In reality, animal welfare is a scientific concept that must be properly substantiated in order for consumers to be confident that these products truly meet a higher standard.”

The guide divides claims about how farm animals are raised into ‘best choices’, (such as Certified Animal Welfare Approved by AGW and Global Animal Partnership, Steps 4, 5 and 5+), along with ‘next best choices’, ‘fair choices’, and ‘beware of these labels’ (including ‘cage free’ and ‘no added hormones’ for turkeys and chickens, and ‘natural’ for all animal food products).

In response to the AWI’s remarks, a Food Safety and Inspection Service (FSIS) spokesperson told New Food: “The FSIS is the agency in USDA with the responsibility for ensuring that the labelling of meat, poultry and egg products is truthful and not misleading in accordance with the Federal Meat Inspection Act (FMIA), the Poultry Products Inspection Act (PPIA), and the Egg Products Inspection Act (EPIA). FSIS’ jurisdiction begins at time of slaughter in a federally inspected establishment. We do not have jurisdiction on the farm for how the animals are raised. For specific questions on farm, please contact USDA’s Animal and Plant Health Inspection Service (APHIS) or the Food and Drug Administration (FDA).

“Animal raising claims are special statements and claims that establishments are required to submit to FSIS for approval for compliance with 9 CFR 412.1, which outlines label approval. Labelling that bears animal raising claims referring to the way that the source animal for a meat or poultry product or the source of an egg product was raised, need to be evaluated and approved by FSIS prior to use in commerce.

“Generally, in order to receive FSIS label approval, the company submitting any animal raising claim should provide FSIS with the following supportive documentation: