The Presidents of Copa and Cogeca have stated that food security and support to local farming should be key priorities for EU ministers while the risks of coronavirus are still high. 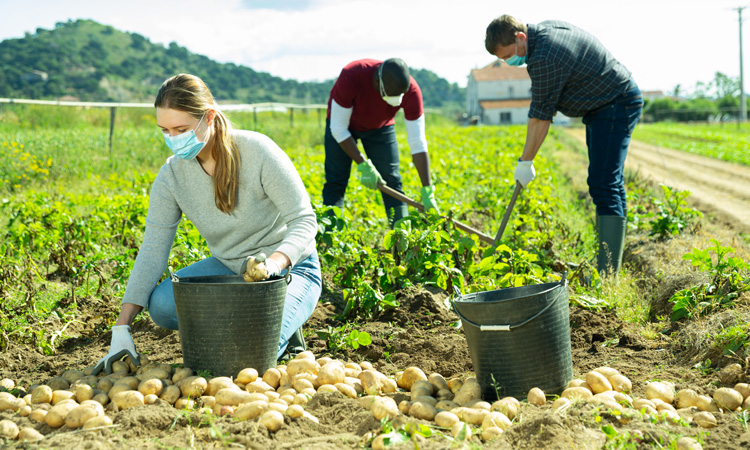 At the German Presidency Informal Council on Agriculture held in Koblenz, the Presidents of agricultural unions Copa and Cogeca, Joachim Rukwied and Ramon Armengol, called on ministers to take into account the lessons learned from the first wave of the COVID-19 crisis, particularly in the context of the upcoming discussions on the common agricultural policy (CAP) and the European Green Deal.

Copa President Rukwied said: “The outbreak of the coronavirus is still causing a dramatic impact on rural areas across the EU, with both immediate and medium- to long-term consequences in many sectors, as recognised by the Commission. The Union’s medium- to long-term response to the pandemic must be based on a solid and robust economic recovery programme that takes into consideration an increased sustainability, a response to climate change and an improved biodiversity protection. It must also continue to strive to improve the Union’s single market and the functioning of the food supply chain.”

The farmers’ union President also pointed out that despite the partial reopening of certain economic activities across the EU, the market situation in most sectors has not recovered and further market management measures are needed to help the struggling sectors and farmers. Addressing both the Recovery Fund and the planning for the future CAP, the President underlined three key points: EU food security, farming competitiveness and decent income for farmers.

As a pig producer from Spain, Cogeca President Ramon Armengol focused on aspects of animal welfare. Addressing the potential upcoming proposals on EU animal welfare from the European Commission, Armengol suggested that while there is the potential from consumers to pay more for welfare-friendly products if they are well-informed about animal welfare, there is no clear evidence that such a premium would be passed onto farmers making the investment and therefore called for further studies in this regard.

“When properly implemented and enforced, the EU legislation on the transport of animals has a positive impact on the welfare of animals. We advocate for a full and harmonised implementation of this legislation at all Member States’ level; taking into consideration that some cases of non-compliance at member state level may be related to specific geographical, political, climatic condition,” said Armengol.

During their meeting with the German Presidency and EU agriculture ministers, the two Presidents also addressed issues such as fostering climate resilience, unfair trading practices and origin labelling.