A Cornell study has revealed satisfaction among farmers in Bangladesh who generated higher yields and revenues using four types of genetically engineered aubergines. 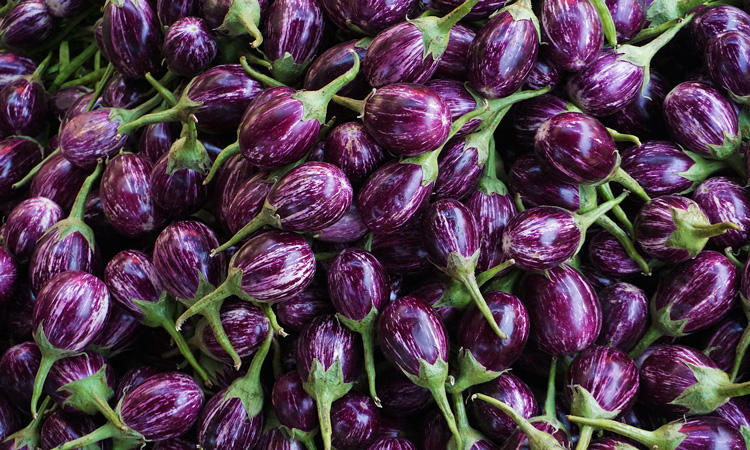 The four genetically engineered (GE) varieties yielded, on average, 19.6 percent more aubergine – known as brinjal in Bangladesh – than non-GE varieties and earned growers 21.7 percent higher revenue, according to the study.

The paper is said to be the first to document the economic benefits of the four existing GE brinjal varieties though the Bangladeshi market chain and their acceptability to farmers and consumers, said lead author Tony Shelton, Professor of entomology and former Director for the Feed the Future South Asia Eggplant Improvement Partnership based in Cornell’s Department of Global Development.

The GE brinjal was developed by the Bangladesh Agricultural Research Institute (BARI) in conjunction with Mahyco (an India-based agricultural company), Cornell and the US Agency for International Development, in an effort to stop the losses caused by aubergine fruit and shoot borer (EFSB) larvae caterpillars, and reduce pesticide use.

“The EFSB causes between 30 and 60 percent yield loss, even when insecticides are frequently sprayed,” Shelton said. “Farmers typically apply insecticides more than 80 times during the four- to five-month brinjal growing season, a process that is both expensive and harmful to farmers, who spray without protective equipment.”

Of the GE brinjal growers, 83 percent were reportedly satisfied with the yields obtained and 80 percent were satisfied with the quality of the plant; 59 percent of non-GE brinjal growers were pleased with their yields. Some 28 percent of the non-GE farmers also indicated that a large portion of their fruit was infested with EFSB larvae. This was said not to be a concern for the GE brinjal, because it provides genetically inherent resistance.

“GE brinjal varieties provide farmers a more sustainable crop that protects food security and the environment,” said Maricelis Acevedo, Director of the project since March 2020. “This study provides more evidence that GE brinjal is being accepted in the market, but more work is needed to develop new varieties better adapted to local conditions and market preferences.”

Because of the higher yields, increased revenue and fruit quality, about three-quarters of GE brinjal farmers said they planned to grow the crop again next season. Brinjal is said to be the second-most important vegetable grown in Bangladesh, cultivated by about 150,000 resource-poor farmers on 50,955 hectares, and consumed by the public on a daily basis.