A recent investigation by the Environmental Working Group (EWG) has found that the EPA has been flouting legal requirements to adjust limits for pesticides in foods, particularly under the Trump administration. 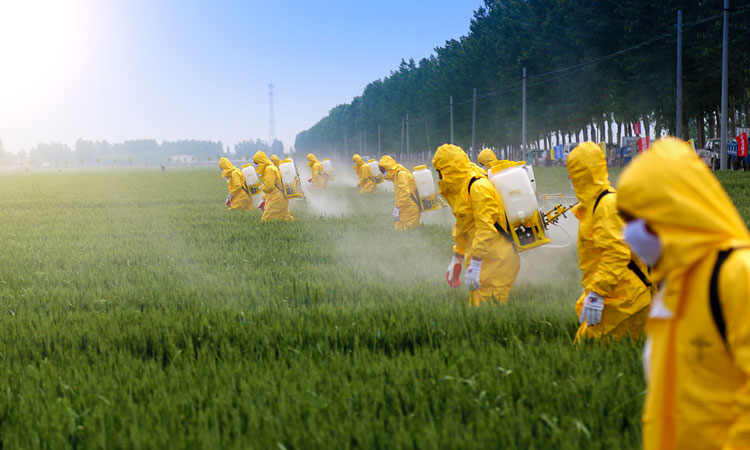 The USA’s Food Quality Protection Act of 1996 requires the US Environmental Protection Agency (EPA) to protect children’s health by applying an extra margin of safety to legal limits for pesticides in food. However, a recently published investigation by the Environmental Working Group (EWG) found that the EPA has failed to add this safety margin to the allowable limits for almost 90 percent of the most common pesticides.

The study examined the EPA’s risk assessments for 47 non-organophosphate pesticides since 2011, including those most commonly found on fresh fruits and vegetables. Of those 47 pesticides, only five were found to have the required additional tenfold safety factor applied to them.

“Given the potential health hazards of pesticides in our food, it is disturbing that the EPA has largely ignored the law’s requirement to ensure adequate protection for children,” said the study’s author, Olga Naidenko, PhD, vice president for science investigations at EWG. “The added safety factor is essential to protect children from pesticides that can cause harm to the nervous system, hormonal disruption and cancer.”

The Food Quality Protection Act of 1996, or FQPA, requires the EPA to set allowable levels for pesticides in a way that would “ensure that there is a reasonable certainty that no harm will result to infants and children from aggregate exposure to the pesticide chemical residue.” It was hailed as a revolutionary recognition of the fact that children are more vulnerable to the effects of chemical pesticides than adults.

“Based on the strong consensus of the paediatric and the public health communities, the FQPA stated unequivocally that regulation of toxic pesticides must focus, first and foremost, on protecting infants and children,” said Dr Philip Landrigan, a paediatrician and epidemiologist who is director of the programme in Global Public Health and the Common Good at Boston College. “When the EPA fails to apply this principle, children may be exposed to levels of chemical pesticides that can profoundly harm their health.”

Landrigan chaired the committee that authored “Pesticides in the Diets of Infants and Children” – a 1993 report from the National Academy of Sciences, which led to the FQPA being passed unanimously three years later.

“The FQPA was a revolution in how we think about pesticides’ effects on children, but it does no good if the EPA doesn’t use it,” said EWG President Ken Cook. “It’s not only necessary to protect kids’ health, it’s the law, and the EPA’s failure to follow the law is an egregious betrayal of its responsibility.”

EPA under Obama vs Trump administrations

Naidenko’s study also examined EPA risk assessments for a particularly toxic class of pesticides called organophosphates, which act in the same way as nerve gases like sarin and are known to harm children’s brains and nervous systems. She found that under the Obama administration, the tenfold children’s health safety factor was proposed for all organophosphate insecticides.

In contrast, in four assessments of pyrethroid insecticides, the EPA under the Trump administration has proposed adding the FQPA safety factor to none. In human epidemiological studies conducted in the US and in Denmark, exposure to pyrethroid insecticides was associated with increased risk of attention deficit hyperactivity disorder (ADHD).

The FQPA was a revolution in how we think about pesticides’ effects on children, but it does no good if the EPA doesn’t use it

In 2017, the EPA reversed the Obama administration’s FQPA determination for chlorpyrifos, the most widely used organophosphate pesticide in the US. Despite the Trump EPA’s decision, in the wake of bans by Hawaii, California and New York, the main US chlorpyrifos manufacturer recently announced it will stop making this chemical. It remains to be seen whether the Trump EPA will uphold the tenfold FQPA determination for the entire group of organophosphates.

The study also found that the Trump EPA has proposed to increase by 2.6-fold the allowable exposure to the herbicide metolachlor. The use of metolachlor has been on the rise for the past decade, with more than 60 million pounds sprayed annually, according to the US Geological Survey.

Biomonitoring studies conducted by the Centers for Disease Control and Prevention and by independent researchers reported the presence of multiple pesticides and their byproducts in the American population, including herbicides such as glyphosate and 2,4-D, the bee-killing neonicotinoid insecticides, organophosphate and pyrethroid insecticides, and fungicide metabolites.

This study was published in Environmental Health.