The UK’s Environment Secretary, Michael Gove, has put his weight behind a call to impose restrictions on the use of neonicotinoid pesticides. 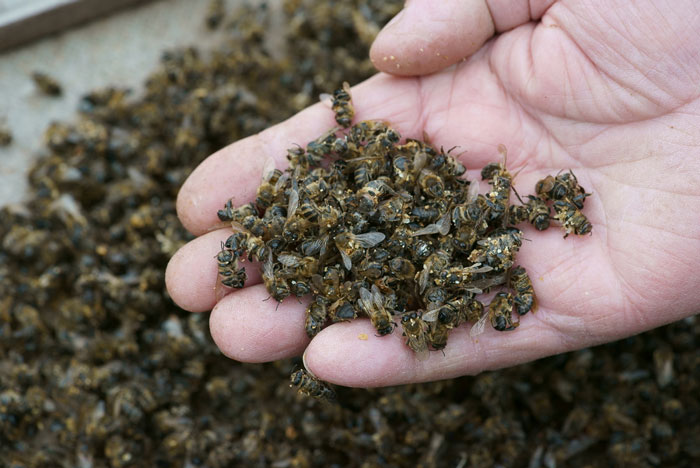 The British Department for the Environment, Food and Rural Affairs (DEFRA) announced today the Secretary of State has called for stricter rules governing neonicotinoids, a class of pesticides known to be toxic to bees and other pollinators.

Mr Gove said that the growing scientific research showing their effect on bees had informed this decision, and in the absence of sufficient evidence mitigating the environmental risks, steps would have to be taken to cut down on their use.

The neonicotinoid family includes imidacloprid, a pesticide marketed by Bayer and the most popular pesticide in the world.

Since December 2013, the EU has banned the use of three neonicotinoids – Clothianidin, Imidacloprid and Thiamethoxam – on a number of crops attractive to bees, such as oilseed rape.

Mr Gove said that these restrictions would be maintained or increased post-Brexit: “I have set out our vision for a Green Brexit in which environmental standards are not only maintained but enhanced.

“I’ve always been clear I will be led by the science on this matter. The weight of evidence now shows the risks neonicotinoids pose to our environment, particularly to the bees and other pollinators which play such a key part in our £100bn food industry, is greater than previously understood. I believe this justifies further restrictions on their use. We cannot afford to put our pollinator populations at risk.

“I recognise the impact further restrictions will have on farmers and I am keen to work with them to explore alternative approaches both now and as we design a new agricultural policy outside the European Union.”

Andrew Bauer, NFU Scotland Deputy Director of Policy, said: “We have noted Mr Gove’s comments on what is now the latest chapter in a long debate on neonicotinoids and will look for further information from DEFRA in the coming days.

“What is key for the farming community now is that we have clarity for the future and that no matter the outcome or decision that our members have access to safe and effective plant protective products which are vital to the industry.”

Defra’s Chief Scientific Advisor Professor Ian Boyd said: “The important question is whether neonicotinoid use results in harmful effects on populations of bees and other pollinators as a whole.

“Recent field-based experiments have suggested these effects could exist. In combination with the observation of widespread and increasing use of these chemicals, the available evidence justifies taking further steps to restrict the use of neonicotinoids.”

Defra has today also given an update on its National Pollinator Strategy, which shows encouraging progress on its aims to make farms, towns, cities and the countryside better places for our bees and pollinators.

The strategy was launched in 2014, following independent research which showed an overall decline in the UK’s wild bee diversity over the last 50 years. It sets out a collaborative plan to improve the state of bees and other pollinators, and recognises pesticides as one of the key threats to their populations.