Chris Elliott, Professor of Food Safety and Founder of the Institute for Global Food Security, alongside Professor Moira Dean and Postgraduate Research Student, Kelsey Robson, of Queen’s University, Belfast, explore food fraud in parallel supply chains and the consequences of such illegal actions. 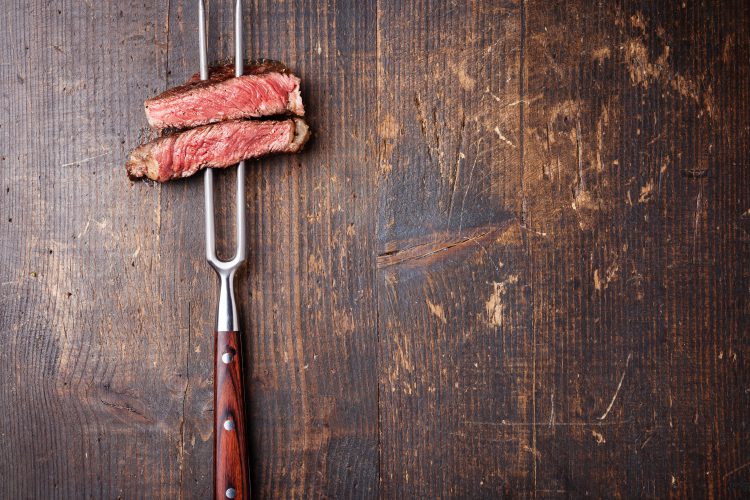 The illegal production of beef on unapproved premises or without inspection accounts for 42.9 percent of reported food fraud in the global beef supply chain. Analysis of food fraud incidents between 1997-2017 entailed data collection from the Rapid Alert System for Food and Feed (RASFF) and FERA’s Horizon Scan. This analysis found that even within the UK, which is highly regulated, reports of illegally produced beef are prevalent. Among the incidents that originated from the UK, 75 percent were due to illegal production and this is likely an underestimation of the true amount of illegal production that occurs. Illegal food production is a food safety risk which threatens consumer health and trust in their food supply.

The beef supply chain is one of the most strictly regulated supply chains in the world. It consists of government regulations, third-party accreditors, industry controls, and customer specifications; all of which are in place to ensure the integrity and safety of the beef products sold to consumers. Furthermore, after horsemeat infiltrated the beef supply chain in 2013, the beef industry and government learned lessons and adapted. In the UK the National Food Crime Unit (NFCU) was established to develop a better understanding of and response to food crime. In addition, information from the Food Industry Intelligence Network (FIIN) that was formed in 2015 has enabled anonymised sharing of testing and issues within food supply chains. While the Food Fraud Network (FFN), established in 2013, facilitates the sharing of reported food fraud across EU member states.

These changes and greater awareness have better equipped all parties to deal with major food fraud incidents. Yet food fraud still plagues the beef supply chain. The aforementioned 20-year analysis of food fraud in the global beef supply chain identified 413 incidents. The majority of these incidents were due to the illegal production of beef (42.9 percent/177 incidents). This includes cases where beef was produced in an unapproved premise, without inspection, or without the necessary legally required documentation, such as entry documentations or heath corrections.

Due to the strict measures in place within the beef industry and increased pressure on the industry to protect the authenticity of their products, we theorised that food fraud related to production on unapproved premises or without inspection cannot be taking place inside the beef industry and therefore must be occurring in a parallel supply chain.

We believe that these parallel supply chains consist of illegitimate producers, processers and traders, which operate illegally, outside government and legislative requirements. These illegitimate players function alongside the legitimate food supply, which strictly adheres to government legislation and is highly regulated. The food supply chain may be infiltrated by this illegal product when an opportunity arises – most likely at the end stages of the production chain where products are sold directly to consumers in establishments such as delis, butchers, takeaways, cafes and restaurants. 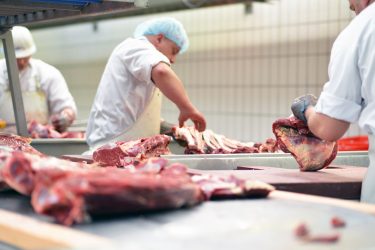 Opportunity for illegal product to infiltrate the supply chain is most likely to occur at the end stages of production where products are sold to establishments such as a butcher.

Further opportunity may arise when an establishment thinks it is getting meat at a price that sounds ‘too good to be true’, or when establishments themselves are corrupt and willing to purchase illegitimate meat knowingly. These establishments can easily pass off these illegal foods to consumers, who assume that they had purchased legitimate goods. These end stage establishments have far less regulations to adhere to and are seldom subjected to any analytical testing to detect fraudulent products, affording the opportunity for illegal products to be sold undetected.

Comparing the aforementioned 20-year analysis on food fraud in the beef supply chain with media reports on suspected fraud within red meat has found that consumers are suspicious of the products they are being served. Questioning the legitimacy of such claims as, for example, Kobe, Halal, organic or grass-fed beef. Reports from academic studies as well as investigative journalism have also found large amounts of species substitution occurring in the later stages of the beef supply chain. It would be highly unlikely that legitimate industry would be able to produce adulterated meat with all the above-mentioned controls in place. This further indicates that fraudulent beef products are circulating in the food supply and entering at end stages of the supply chain. Therefore, production of these illegitimate products must be through parallel supply chains.

These illegitimate products from parallel supply chains may well be unsafe with major public health implications. As they are not regulated there is no way to know if these products are being produced hygienically, and it can be assumed that no tests would have been conducted to detect pathogens, disease or Bovine spongiform encephalopathy (BSE). Consequently, this increases the likelihood that anyone consuming these products may become ill. Furthermore, these products have no traceability information; in the event of a food safety incident, it would be nearly impossible to trace the products back to where they were produced and distributed. This would leave contaminated products available on the market for a longer period.

The legitimate beef industry can also be negatively affected by the functioning of these parallel supply chains, especially when there is a food safety issue related to public health. If a food safety outbreak ensues as a result of an illegally-produced product, consumers may lose trust in the integrity of the beef supply chain as a whole, which will have a major impact on the industry’s reputation. Additionally, incidents shown in the media such as bloody and unsanitary illegal slaughterhouses can portray an inaccurate and barbaric perception of the meat industry, affecting future sales. This is particularly worrying as the meat industry is presently coming under attack for several different issues such as the ethics and sustainability of what they produce.

Action must be taken, and government needs to lead the change in relation to these parallel supply chains. Increased legislations focusing on regulatory areas of the beef supply chain will do nothing to address these issues as offenders producing these illegitimate products operate outside the realm of legislation. Thus, we argue that EU legislation similar to that set out in Directive 96/23/EC for the establishment of residue monitoring of veterinary medicinal products and sampling for food-producing animals should also be instigated for food fraud. The complexity around residue testing is well known as there is an ever-growing number of potential substances to be monitored for. Therefore, residue monitoring plans are flexible, each member state creating their own monitoring plan based on the results of testing carried out in the previous year. Likewise, detecting fraud will require testing flexibility as types of fraud will continually change. However, these tests should not only focus on processers and manufacturers, they must also include the end stages of the supply chain. As discussed above, these areas are most likely places where illegal product enters the legitimate food supply chain. In order to protect consumers, they must be monitored. 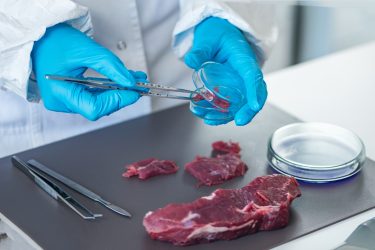 Furthermore, by identifying fraud at end stages, authorities can determine where fraud is entering the food supply, trace it back and gain intelligence on where these products are being produced, so that illegal facilities can be identified and shut down. Tests administered within the purposed food fraud monitoring plan will be dependent on the product and the current trends in food fraud. Through the use of supply chain analysis relevant tests can be determined. For beef products, testing such as species tests, testing for unauthorised colourants or bleaching agents, and traceability of documentation and DNA verification could be relevant, thus serving as a baseline on which further testing requirement can build.

The threat of illegally produced food and the reality of parallel supply chains is not limited to the beef supply chain, but can occur in all food supply chains. In order to protect public health, consumer trust in the food supply and legitimate food businesses, action must be taken to detect illegitimate products on the market and to prevent illegal production of foodstuffs. The implementation of an EU-wide food fraud monitoring system that more strictly regulates end stages of the supply chain – such as delis, cafes, restaurants, takeaways and butchers – would better protect our food supply from fraud. Furthermore, this type of monitoring system would allow authorities to see where fraudulent product has entered the supply chain and trace it back to potentially illegal production facilities. Such a system would result in better protection of all citizens and support the bona fide food industry.

The role of Environmental Health Officers who currently ‘police’ the main points of vulnerability in the parallel supply chains cannot be overstated. Clearly national investment is critical to implement an adequate system to support their work; this includes the necessary resources for sampling and a functioning public analsis system to analyse said samples.

Chris Elliott is Professor of Food Safety and Founder of the Institute for Global Food Security, Queen’s University, Belfast. He led the independent review of Britain’s food system following the 2013 horsemeat scandal and is a member of the New Food Advisory Board.

Kelsey Robson is a PhD student seconded to the Institute of Global Food Security (IGFS) at Queens University, Belfast. Her work is focused on developing a food fraud prevention plan for the beef industry in a project supported by ABP Food Group and the European Institute of Innovation and Technology.

Moira Dean is a Professor in Consumer psychology and food security at Queen’s University, Belfast. Her research group focuses on studying perceptions, attitudes, and behaviours of actors along the food supply chain to explore food security challenges in three main areas: global food integrity, nutrition and health, and sustainability.