Brexit and the value of local produce

Could Brexit mean strengthening local supply networks, boosting ethical standards and bringing the consumer and their farmer back together? Sean Crossey, Digital Marketing Analyst with Arc-Net explores the opportunities in the future for Britain’s farmers. 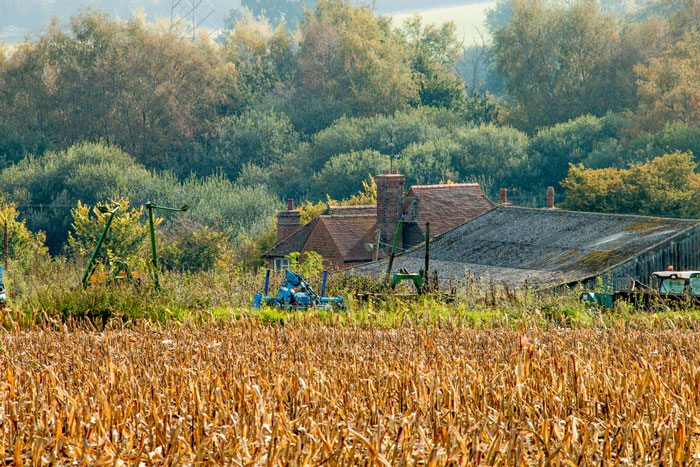 BONDING OVER BREXIT: Will leaving the EU bring consumers and their suppliers closer together?

There is no doubt the food industry is facing an uncertain future. A report from leading food academics has warned that the UK could “sleep walk” into a crisis over the food supply following Brexit. Not only is there concern about a possible hike in UK food prices but as the recent furore over “chlorinated chicken”  has shown, there is apprehension about the quality of our food once we leave the EU and all the regulations that go with membership.

However, as with any big change, where there is potential threat there is also opportunity. Currently a third of Britain’s food comes from the EU; with the cost of imports almost certain to soar following Brexit, retailers and consumers could soon begin to look closer to home for their food.

There has long been concern from UK producers that while EU subsidies have provided cheaper food for consumers, it has distorted the food market, as well as inflating the price of things like feed and fertiliser.

Farmers believe it is unfair that they receive on average only 9p for every £1 spent on food in the supermarket. They have also complained that consumers have become disconnected from the supply chain at large; prioritising cheap food that is artificially fresh year round to the detriment of locally sourced, authentic produce.

This necessary shift in public perception of the food supply could be in local producers’ favour. In April a YouGov poll revealed that one in five consumers are more likely to buy British foods since the Brexit vote. The survey also found that nearly three quarters of people would buy British as a means of supporting local farmers.

How best then for local producers of food to capitalise in such an upsurge of public demand? According to Jack Hamilton, director of the pre-pack vegetable business Mash Direct, it’s all about promoting the inherent value associated with local food – “if you’re producing the stuff here, you can really go out and really shout about it, and people want to listen.”

One of the biggest selling points for local produce going forward will be the reduced number of steps between creation to consumption. A shorter supply chain means a more transparent supply chain; making local produce more attractive to those consumers who want to know exactly where their food comes from. With new traceablity technologies, such as blockchain, becoming more widely adopted, the ability to tell the story behind a products journey adds real tangible value.

Issues like “free range”, “locally sourced”, “organic” are already high when it comes to consumer demands and this is something that will surely only increase when we leave the EU. It stands to reason; if you were a customer who wanted to know you were eating safe, authentic and high quality food, would you look to something that came from close to home or something which was imported under a trade deal where standards may not be so rigorous?

It is not just farmers or producers who stand to gain from an increase in demand for local produce however. Retailers who take steps to source their products locally and work collaboratively with suppliers could also be at an advantage, particularly if the UK leaves the EU without a trade deal.

Paul Martin, UK head of retail at KPMG, advised retailers who want to make informed choices about what to stock, to develop “a granular understanding” of where their products come form, as well as how they are transported. In simple terms this suggests that the less steps that exist between creation to consumption, the more informed retailers can be about the quality of the produce they stock.

As well as purely financial considerations, refocusing on the local food market brings a number of ethical benefits. As we wait on details of what trade deals will be made to replace the EU’s, customers could now have a choice between locally produced food with high animal welfare and traceability stands versus cheaper imported food with perhaps lower standards.

It is not just animal welfare that could be improved by focusing on local produce either. There has long been concern over the treatment of migrant workers involved in the primary production of our imported food, with one investigation in Spain discovering widespread exploitation of salad growers – going as far as to call them “modern-day slaves”. Leaving the EU may not completely deliver an idyllic workers rights situation, but it is surely a step in the right direction, away from profiting off the exploitation of others.

It also must be remembered that the opportunities for local producers post-Brexit don’t just revolve around what is bought and sold in the UK. In their Brexit policy paper, the Department for Environment, Food and Rural Affairs says, “Leaving the EU provides us with a golden opportunity to better support our farmers to grow more, sell more and export more great British food, while continuing tariff-free trade for all our goods.”

While the idea of the export of “high quality and innovative jams and marmalades” saving the post Brexit economy was scoffed at when highlighted by The Department for International Trade, there is an opportunity for businesses who take a less parochial approach and look beyond the borders of the UK.

It is obvious there are significant challenges facing the food industry after Brexit. To deny or downplay them would be seriously naïve, however for those food businesses who take a strategic, joined up approach to their supply chain management, as well as place an emphasis on providing quality local produce – their may just be enough reward.