New Food’s Joshua Minchin reports on a US Sustainability Alliance trip from the Mississippi Delta, where the sustainability stakes are as high as anywhere… 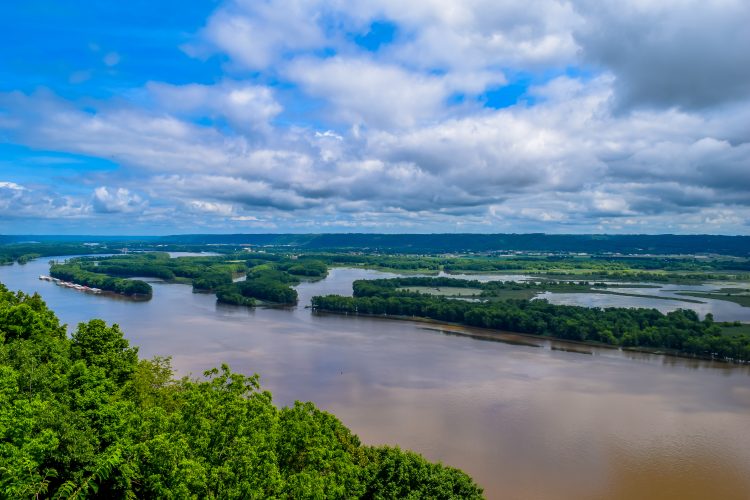 The awesome Mississippi Delta offers some of the most fertile soils in the world...at a cost

The Mississippi river flows from Minnesota in the north to the Gulf of Mexico in the south, through ten states and drains from 32 in total – plus two Canadian provinces. It plays a foundational role in US history, culture, and of course its agricultural industry.

It boasts some of the most fertile soils in the world and enables a multi-billion dollar seafood industry in Louisiana, the state arguably most shaped by the river’s flow over millennia.

It’s an incredibly powerful and important natural resource for the southern US in particular. For centuries farmers have harnessed and utilised the river’s flow, but their actions have caused unintended land loss that could see a vast portion of the state underwater by 2050. As Deputy Director of the Coastal Protection and Restoration Authority Greg Grandy said, that means not just tangible arable land loss, but habitat destruction too – which aside from the plight of Louisiana’s diverse wildlife will hugely impact those seafood businesses mentioned earlier.

The lifeblood of Louisiana

Spend just a few days in the proud state of Louisiana (as I did on a recent trip with the US Sustainability Alliance) and it very quickly becomes apparent just how central a role the Mississippi River plays in the lives of almost everyone who lives there.

It’s an extremely valuable resource – Commissioner Mike Strain of the Louisiana Department of Agriculture and Forestry explained just how crucial the river is purely in a logistics sense, with several billion dollars’ worth of produce making its way either up or downstream. The state has taken advantage of this huge natural highway for years, and is increasing its capability all the time – including a quarter of a billion dollar investment in dredging the river which Strain said would “put $750 million dollars back into the pockets of our farmers each year.”

When the Mississippi reached record low levels in October 2022, the impact on trade was severe. “Instead of moving barges two or three wide, we went to one wide” Commissioner Strain explained. Strain said that transport costs between Baton Rouge, Louisiana, and St Louis, Missouri, “tripled in cost”.

Aside from dredging projects which look to not only increase the river’s capacity, but also mitigate low water levels, Strain is encouraging the state’s farmers to take matters into their own hands.

“We need more on farm storage,” he said. “The better you can store your product, the more likely you can ship it when it’s financially advantageous to you to do so.”

Low water levels are of course bad news, but what keeps many awake at night is the opposite. High water levels brought about by storms or intense rainfall can flood huge swathes of farmland, leaving devastation in their wake.

A visit to Four Oaks Farm in Morganza, Louisiana, revealed just how high the stakes are. The Frey family has been farming that land for decades, which includes part of the Morganza Floodway. The Floodway acts as a key flood defense and protects the cities of Baton Rouge and New Orleans from storm surges and high water levels.

It’s only been opened fully two times since the Frey’s began farming at Four Oaks, but the consequences are devastating – hundreds if not thousands of acres of their farmland are rendered unusable for significant periods of time. When the water levels recede, they do leave behind rich, fertile soil, but the initial loss of earnings from crops is substantial.

Down river, towards the Gulf of Mexico (or “The Gulf” in Louisianan parlance), the consequences are equally, if not more severe. Land loss as a result of rising water levels and sediment erosion is a huge concern for the state. The wetlands that are so vital to Louisiana’s ecological balance are also home to some of its most important exports, for example brown shrimp. If this habitat is lost, then so are Louisianan exports, which means Louisianan jobs and livelihoods.

At the heart of the effort to turn the tide (both figuratively and literally) on land loss is the Louisiana State University’s (LSU) Center for River Studies. It’s pièce de résistance is undoubtedly its mammoth Lower Mississippi Physical Model, which maps out some 200 river miles on a physical foam bed from Donaldsonville to the Gulf of Mexico.

It’s here that LSU students and partners map out sediment diversion models, land loss and gain predictions and ultimately the Coastal Masterplan, which enables Louisianan farmers, fisherman and legislators to see how their business, town, or district will be affected in the years to come.

Using data from real-world monitoring stations out in the Delta, the model can run simulations of the next five decades in just 50 hours, making it an extremely powerful tool. 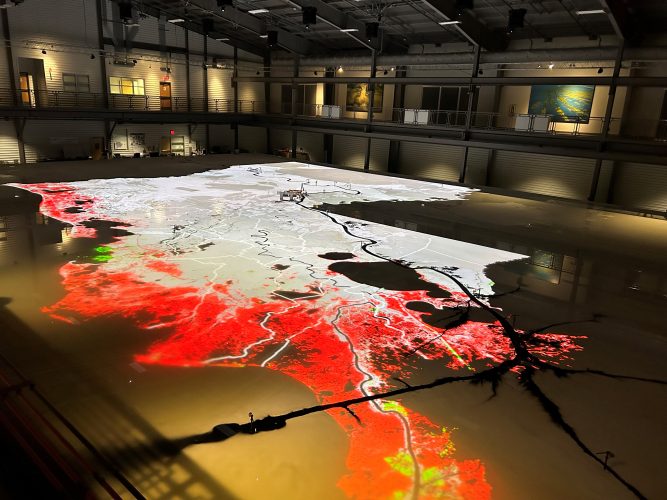 The data that LSU’s model can generate is quite clearly immensely valuable – but only if it ends up in the right hands. The job of Grandy and others is to ensure that those that need to see the model’s predictions (however grim they might be) do so – from state commissioners to crabbers.

The problem that faces CPRA is the myriad of stakeholders at play in the battle against climate change in this corner of the US. There are hundreds if not thousands of fishermen, crabbers, oystermen and farmers that both own and work the land and waterways represented on the LSU’s model. Reaching them all is not easy – especially when, as Grandy revealed, up to 85 percent of the land around the Gulf is privately owned.

So how receptive are those stakeholders to the often-grim predictions they are presented with? Well, very, according to Grandy, even though sometimes elected officials would like them to “stop showing the people scary maps” he said, tongue firmly in cheek.

How much more can we do?

There is a great understanding here how precious nature is to the state’s food system and what the consequences are if that natural resource is not protected. Grandy made the claim that in Louisiana people are “tied to their land perhaps more than anywhere” – that statement may well be contested in other states, but it’s clear that nature has some serious consequences for the farmers, fishermen and people of Louisiana. 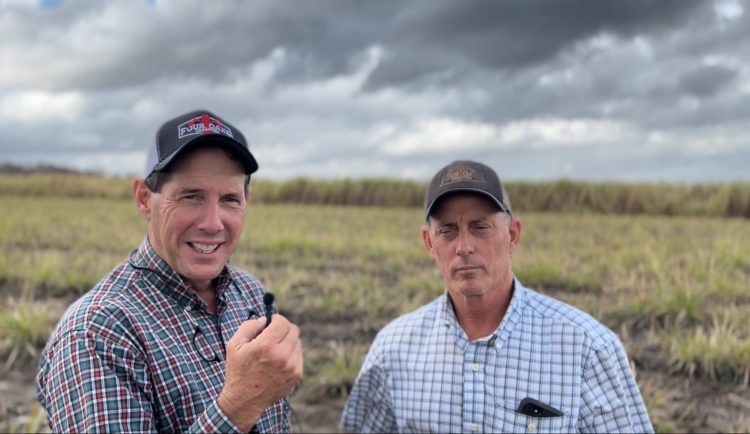 It should therefore be no surprise that there is a real appetite for conservation and protection. But whether Grandy and the CPRA’s message is getting through or not is another matter. Martin Frey, co-owner of Four Oaks Farm, expressed a certain resignation when asked about the effect climate change, flooding and land loss might have on his farm in an interview with New Food.

It’s there that the tensions exist between future and present. Grandy and his team will rightly paint the picture in its most vivid form – warts and all. Producers such as the Frey’s – already great leaders when it comes to sustainable agriculture – feel they are doing all they can. Is there much wriggle-room to do even more? Who will pay for the increased cost of production that comes with certain sustainable practices? This tug-of-war is happening in countries all over the globe – but focus on it sharpens when stood on land that could well be underwater in a few decades’ time.