Professor Robert Henry discusses the power of genomics to drive agricultural improvements and his team’s fascinating work with macadamia nuts. 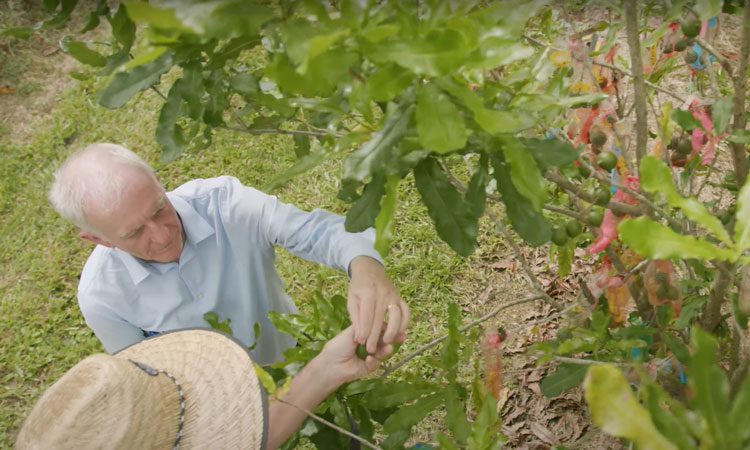 The course of human history changed forever when agricultural societies first emerged around 12,000 years ago. Up until that point, humans had been a largely nomadic species, hunting wild game and gathering what roots, berries and vegetables were available to them. The population was sparse, with around two million individuals roaming the earth 50,000 years ago.

Permanent settlement, made possible by sustained agriculture, marked a sea-change in human activity. The domestication of crops like wheat, rice and chickpeas allowed a small number of farmers to support an ever-increasing population of individuals who, in turn, could focus their energies elsewhere. Our modern, globalised society operates in much the same way, benefitting from generations of farmers selectively breeding crops to give us such innovations as seedless bananas and hundreds of varieties of apples.

The progress humans have made in just 12,000 years is astounding. But for scientists like myself, generations spent carefully selecting promising strains of crops to cultivate is an approach that’s long overdue an upgrade.

The history of genomics and agriculture

One of my key areas of interest is genomics, the study of genes. This field of study is critical as genomics gives the total picture – the complete blueprint of the organism – to help us understand our biodiversity at the requisite level to make improvements.

By unlocking the genetic code of an organism, genomics can help us gain a better understanding of the food crops we rely on – information that is vital if we are to provide for the world’s rapidly growing population.

If we tried to feed the global population today on the average agricultural yields of the 1960s, we would need to farm over 85 percent of global land, instead of the 35 percent we use currently. Critical to driving this change and maximising yields is the advent of synthetic fertiliser and genomics. 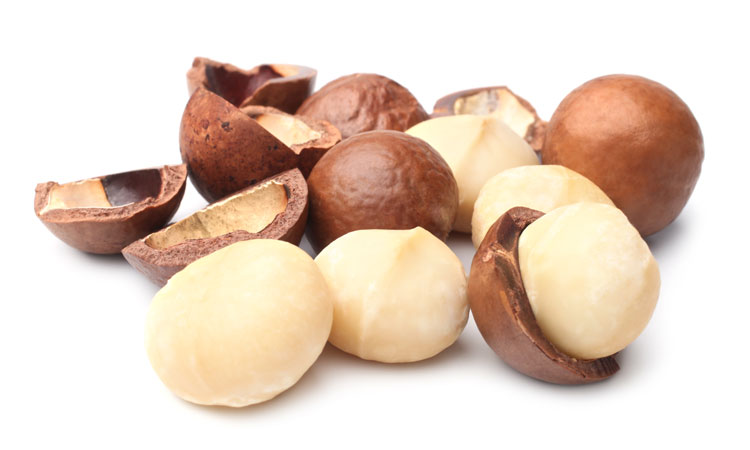 The macadamia nut is the most expensive nut on the market

The Green Revolution of the 1960s enabled a steep increase in the yields of major staple grain crops, such as wheat, corn and rice, through hybrid crop development and elite variety breeding. By the 1980s, scientific advancements propelled the delivery of the first bioengineered genes into plant genomes, leading to the adoption of genetically modified traits in crops, such as resistance to herbicides and insects. Fast forward to today and genomics is used to dramatically increase agricultural yields and mitigate agricultural risks.

“We can now achieve the outcomes of plant breeding – which has been so successful in controlling diseases and improving yields – but in a much more precise manner,” the Director of Sainsbury Laboratory, Professor Nick Talbot, said in a public statement. “We can produce nutritious crops requiring much lower fertiliser inputs and with greater resilience.”

A revolution in macadamia nuts

Seeking to harness the power of genomics to drive continued improvements in agriculture, most recently, I have focused my work on the macadamia nut. High in healthy fats, fibre and vitamins, the macadamia nut is also the most expensive nut on the market, largely due to the time they take to harvest.

First domesticated in Australia, macadamia trees take about eight years to produce a crop, and many more years before they can produce an economic yield of nuts. For me, that’s lost production time.

My research is attempting to produce a new breed of tree that is able to generate an economic yield in just a few years – bringing enormous benefits to farmers and expanding supply to consumers around the world. I have found a willing ally in China’s BGI Group, a cutting-edge genome sequencing technology provider and manufacturer of some of the world’s most cost-effective and accurate genomics equipment.

Training and support for the future of agriculture and agroecology

Working with BGI Group, we’ve been able to produce the necessary data in a very cost-efficient way, obtaining the large quantities of high-quality data needed to support the whole genomics programme.

Ideally, I would like to produce smaller trees that can be planted more closely together, allowing much more sustainable, intensified production that minimises the use of land and water, while generating the same or increased yield as current breeds. That is particularly important in the case of macadamia trees, which can require as much as 70 litres of water a day during the summer months.

By using genomics technology, my team and I can analyse many different macadamia tree samples in the search for favourable genetic traits, shortening a selection process that could potentially take hundreds of years with traditional methods.

Beyond macadamia trees, however, we need some big step changes – and that is what genomics offers. We see many opportunities for quite radical improvement of our current crops but we will need far greater improvement in the future with climate change and skyrocketing populations placing increased pressures on our global food supplies.

Using genomics technology, my team and I can analyse many different macadamia tree samples in the search for favourable genetic traits

Ultimately, genomics could help us overcome some of the most pressing challenges we face as a society. In just 60 years, the global human population has more than doubled from roughly three billion to just shy of eight billion – and that growth rate shows no signs of slowing. The World Bank anticipates that the global population could reach nearly 10 billion by the year 2050.

At the same time, global food supplies continue to be threatened by the effects of global warming and rising sea levels, with pollution, urbanisation and the overuse of fertilisers leading to a 33 percent reduction in arable land in the past 40 years.

“You think of the dust bowl of the 1930s in North America and then you realise we are moving towards that situation if we don’t do something,” said Duncan Cameron, Professor of plant and soil biology at the University of Sheffield. “We aren’t quite at the tipping point yet, but we need to do something about it. We are up against it if we are to reverse this decline.”1

Fortunately, genomics is proving vital to improving food resilience systems. Take rice, for example. A staple feature at almost every dining table; for decades we knew virtually nothing about the much-loved crop. But in a move that would radically change this, BGI Group made history in 2002 by mapping the entire genetic code of rice – the world’s first whole genome sequencing of a crop.

I would like to produce smaller trees that can be planted more closely together, allowing much more sustainable, intensified production that minimises the use of land and water

Unveiling the DNA sequence of the rice plant, BGI Group discovered that the most common rice strain in the Asia-Pacific known as indica contains between 45,000 and 56,000 genes. Armed with the full genetic sequence of rice, scientists could identify beneficial genes much more quickly and accurately to help develop strains with improved growing qualities.

For example, scientists developed rice strains that can withstand extreme conditions such as drought, saline soils and frigid temperatures. As global heating continues to reduce the availability of arable land, the ability to grow crops in previously inhospitable conditions will become increasingly important, freeing up areas of land for agricultural purposes.

If we are to manage rapid population expansion, while simultaneously maintaining the careful balance of the natural world we all rely on, we need a revolution in agriculture akin to that of 12,000 years ago. And it appears genomics may be the very tool we need to make that happen, given its capability to drive improvements in food resilience systems as demand for food increases and agricultural land shrinks. The quest continues…

Professor Robert Henry is a graduate of the University of Queensland, BSc (Hons), Macquarie University, MSc (Hons) and La Trobe University (PhD). In 2000, Robert was awarded a higher doctorate (DSc) by UQ for his work on analysis of variation in plants.

He is currently Professor of Innovation in Agriculture. Before being appointed QAAFI Director (May 2010 – September 2020), he was Director of the Centre for Plant Conservation Genetics at Southern Cross University, a centre which he established in 1996. Other previous positions include Research Director of the Grain Foods Cooperative Research Centre (CRC) (until 2010) and Research Program Leader in the Queensland Agricultural Biotechnology Centre (until 1996).

Robert’s speciality research area is the study of agricultural crops using molecular tools. He is particularly interested in Australian flora and plants of economic and social importance and has led the way in research into genome sequencing to capture novel genetic resources for the diversification of food crops to deliver improved food products. 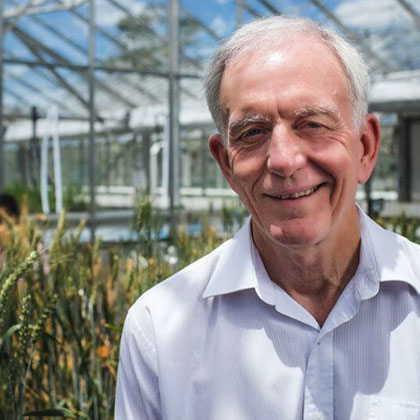