Reports of panic-buying have been heard all across the globe and supermarkets are seeing products selling faster than ever before. Here, Dr Sylvain Charlebois explains that the panic-buying could have knock-on effects for the entire global supply chain and perhaps even present some opportunity. 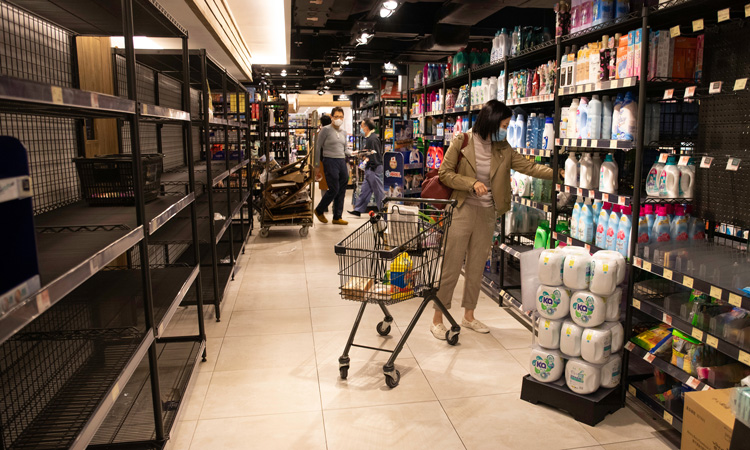 Reports on how the COVID-19 outbreak is affecting global supply chains and disrupting manufacturing operations around the world are increasing daily, and these effects may not yet have reached their peak, at least not in North America. This may happen, however, over the next few weeks. Supermarkets and food retailers are likely engaging their vendors to make sure their supply chains won’t let them down. On the other hand, stores across Canada are also rationing the number of each food item that customers can buy. Regardless, “panic-buying” is happening and will bring its own complexities.

Unlike natural disasters, viruses know no borders. The entire globe is affected by what’s happening, and the impact has been gradual. China appears to have contained the virus, although some say the data may not be reliable. The outbreak has reached North America and could affect supply chains within days.

We should brace for a major effect on food supply chains worldwide.

Food-wise, North America is self-sufficient. We do import from other parts of the world, but the abundance of food on our continent is impressive. The epidemic in Asia hasn’t really affected North America yet, but as we witness more local cases, things may change. We do not have many cases yet, but testing has not been as predominant as in Asia, either. So, more cases are a certainty.

Logistics have come a long way over the last few years on a number of fronts. The use of artificial intelligence, robotics and enhanced automation has made everything more efficient. Equally critical for food, the growing pressure to lower supply chain costs has motivated retailers over the years to pursue strategies such as lean manufacturing, offshoring, and outsourcing. Such expense-cutting measures mean that when there is a supply-chain disruption, distribution will cease, due to lack of access to food products.

Some retailers are much better equipped than others to address these disruptions. Most regions in Canada are serviced by retailers which have emphasised investment in logistics and supply chains over the years. The prospect of some areas of the country running out of food is highly unlikely. But more remote regions are, and always will be more vulnerable, with or without an outbreak.

The most popular items since the start of the outbreak have been dry goods, frozen foods, comfort snacks, power beverages and of course, water.

But often, our rational nature will give way to anxiety. Our inner panic-buying button is always there, in all of us. The sight of empty shelves and line-ups at stores will suggest resource scarcity. Humans will always go after the necessities of life when they firmly believe that these goods are running out. We have already seen some empty shelves across the country, and interestingly, some reports suggest non-gluten and organic products in Canada are running out faster than conventional food products. This is hardly surprising. Inventories for these items are typically lower, of course, but it also gets people who want and need these products to feel the urge to stockpile early. It’s simply human nature.

We estimate that about 25 percent of all Canadian households have enough food supplies to survive independently for three to four days, regardless whether there is an outbreak or not. But the other 75 percent will take time to think about it. In fact, since the virus started to spread, more than 20 percent of American households have started to stockpile food. The percentage in Canada is likely not that high, but it is probably higher than 10 percent.

Conventional supermarkets will need to think about ways to get more traffic on their websites during times when a growing number of people want to stay home for the sake of feeling safe.

However, from panic-buying and turmoil comes opportunity. Alibaba, the multi-billion-dollar online giant in China literally grew out of the SARS outbreak back in 2003. The company saw an opportunity to sell products online, given that people were avoiding physical interaction with others. This could very well happen in Canada, where supermarkets are just starting to embrace the virtual nature of their business. Outside disruptors like Amazon, Walmart and Costco are already doing well since the virus started to spread. Conventional supermarkets will need to think about ways to get more traffic on their websites during times when a growing number of people want to stay home for the sake of feeling safe. It’s not just about convenience but more so about allowing customers to cope with emerging public health risks. Same solution, but the psyche and motivations are completely different.

As well, the products sold will be different. The most popular items since the start of the outbreak have been dry goods, frozen foods, comfort snacks, power beverages and of course, water. Supermarkets could sell survival kits for a family of four online, to be delivered safely.

The bottom line: we should brace for a major effect on food supply chains worldwide. It will begin to hit full force in two to three weeks and could last for months. More than 50 central banks around the world have reduced their overnight base rate, including the American Federal Reserve and the Bank of Canada. But this does not mean we need to panic, either. Even if viruses know no borders, we have some time to get ready, unlike with natural disasters when we have mere days, hours or perhaps no time at all to prepare.