A cold and wet autumn has negatively impacted crop yields among potato farmers in North America, and concerns amongst processors are growing. Dr. Sylvain Charlebois, from Dalhousie University, explores the potential consequences and how the shrinkflation of fries and chips is a possibility. 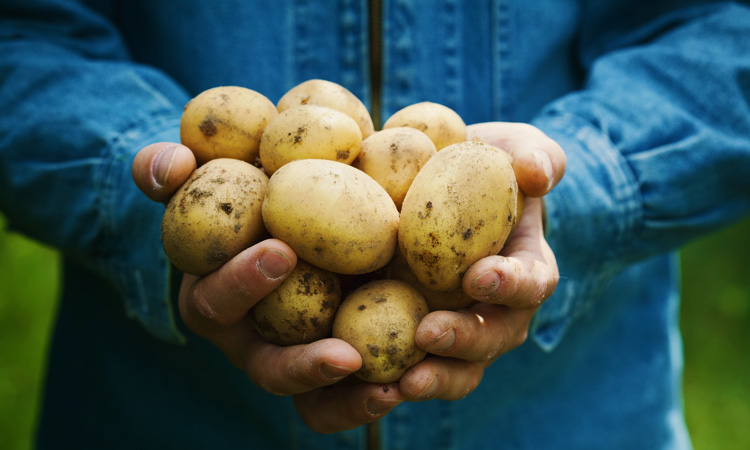 Most of us love fries and chips. Other than people on a ketogenic diet, most diets do not discriminate against the mighty potato. It is even in Canada’s newest food guide. Most dishes using potatoes are loved by Canadians, especially in the wintertime when colder weather encourages us to seek out more hearty meals. But reports have suggested that North America is experiencing potato shortages and processors, and those out west, are especially scrambling to get potatoes into their plants. This could spell trouble as we soon may be paying more for one of our favourite staples.

The United States Department of Agriculture (USDA) is projecting a 6.1 percent decline in total crops from a year ago, making it one of the lowest crop yields since 2010

A cold and very wet autumn has negatively impacted crop yields among potato farmers. Almost 20 percent of potatoes were left out in fields due to poor quality. The United States Department of Agriculture (USDA) is projecting a 6.1 percent decline in total crops from a year ago, making it one of the lowest crop yields since 2010. In Manitoba, more than 18 percent of potato crops remained unharvested, while in Alberta, 6.5 percent of potato crops were damaged by an early frost. In the food industry, size matters when buying potatoes; buyers are always looking for larger, bigger potatoes, but this year the harvested potatoes were much smaller than usual. Basically, supplies are much lower than usual as we start the winter season in North America.

What are the consequences?

It is difficult to tell whether retail prices will be affected at all. The truth is that potato prices have already gone up this past year. Potatoes at retail are 20.7 percent more expensive than just 12 months ago. According to Statistics Canada, a 10-pound bag of potatoes in Canada retails for an average of $9.77, while a year ago it was $8.11. Frozen fried potatoes have gone up 17.1 percent as well, retailing now at $3.02 for one kilo.

These increases, the most important increases ever recorded, are difficult to explain. Potato production over the last five years in North America has been quite steady. In 2010, when the harvest was even worse than this year’s, retail prices barely moved at all, suggesting that the market was not willing to budge on pricing, despite lower inventories. But the market today is a little different as we crave the product much more.

If prices do go up, it will not be because our farmers are making more money. Farmers will not likely get more for their crops as they typically lock themselves into unbending contracts before the growing season even starts. Farmers affected by weather will have crop insurance. Not all of them, but many of them. Processors may need to pay more since they might be required to purchase inputs from other sources which are normally more expensive. But processors have infinite ways to hedge against abnormal weather patterns and will get the products they need to manufacture the fries and chips consumers buy at the store or restaurant, one way or another.

The prospect of shrinkflation

Increases may very well happen in food distribution and retail where demand is quite strong. In 2018, frozen potato sales at retail increased by 7.1 percent in Canada, and 2019 could be an even better year. Potatoes requiring some preparation time at home have also seen significant sales increases, exceeding 7 percent in recent years. That may explain why retailers are charging much more for the product. Since 2018, potato retail prices have quietly increased at a dramatic rate, but consumers have not yet been spooked by this – at least, not yet. But consumers could start walking away from the product if they think it is too expensive. As such, we may see more processors reduce the number of frozen fries you get in a bag, but for the same price. This is called shrinkflation – getting less for the same price. Skrinkflation has a funny way of keeping products on store shelves without upsetting consumers.

We may see more processors reduce the number of frozen fries you get in a bag, but for the same price

The rules are different in food service, and we should not expect any price changes. Charging more for a side staple like potatoes is always more challenging for restauranteurs and fast food operators. Potatoes are no steak, fish or pasta. But we may see some operators revert to the practice of shrinking portion sizes, and charge patrons the same price, as in retail. This is quite easy to do with fries, chips and smaller baked potatoes. Vigilant consumers will likely notice, but most of us will not think twice before digging in.

Canada is only the eighteenth largest potato producer in the world, but we do take our potatoes seriously. The country will not run out of potatoes any time soon and they will remain quite affordable for most of us for a very long time. So, keep calm and eat your fries.