A report comissioned by the Wildlife Trusts points out that there is a decline in insect populations due to the over use of insecticides and pesticides, which puts global food production at risk. 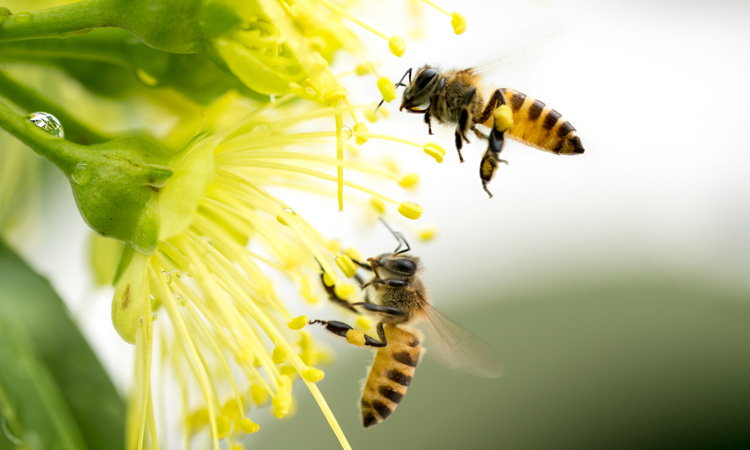 Insects are said to be important as food, crop pollinators and recyclers in ecosystems across the world. Recent evidence has suggested that abundance of insects may have fallen by 50 percent or more since 1970, threatening the global food supply chain.

Insects are considered food for numerous animals including birds, bats, reptiles, amphibians and fish, as well as in some human cultures. They are said to perform vital roles such as pollination of crops and wildflowers, pest control and nutrient recycling. There have been several recent scientific reports describing the rapid decline of insects at a global scale and these studies suggest that, in some places, insects may be in a ‘state of catastrophic population collapse’.

A report, commissioned by UK-based conservation group the Wildlife Trusts, states that “17,000 tonnes of poison is broadcast across the UK landscape each year,” in the form of insecticides, fungicides, herbicides and pesticides, used in both farming and domestic environments.

According to the report, 23 bee and wasp species have become extinct since 1850 and UK butterflies that specialise in particular habitats have fallen 77 percent since the 1970s.

Other statistics from the report include:

“In a world without bees and other insects that currently pollinate for free, insect decline would also affect food prices. Farmers and growers would have to pay to artificially pollinate their crops, passing that extra cost on to consumers,” read a report on the topic from Friends of the Earth.

“We urgently need to stop all routine and unnecessary use of pesticides and start to build a nature recovery network by creating more and better connected, insect friendly habitat in our gardens, towns, cities and countryside. Only by working together can we address the causes of insect decline, halt and reverse them, and secure a sustainable future for insect life and for ourselves,” the Wildlife Trusts report continued.

Friends of Earth, The Wildlife Trusts

Friends of Earth, The Wildlife Trusts