Insects, no longer a taboo?

With insect-based food gaining popularity, Francesco Majno looks at the industry’s latest achievements, including the gradual shift of perception from ‘mysterious’ to ‘acceptable’. 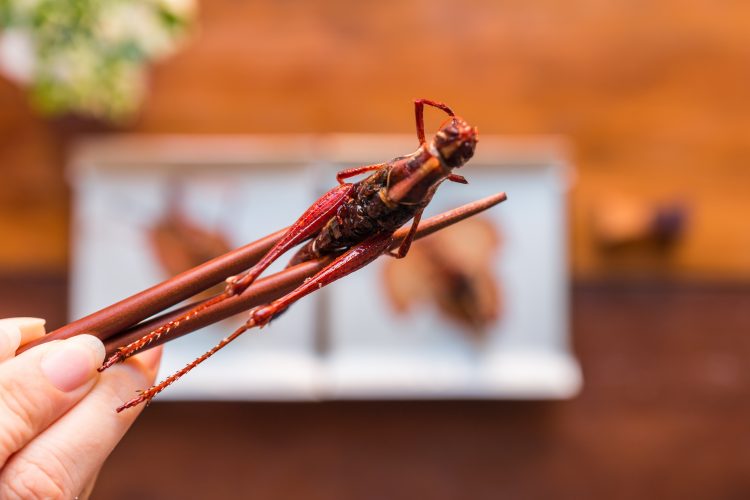 When we think of food, we know what is edible and what is not, what we like and what we do not like. We create our map of food, and determine the extent of its boundaries by our life experiences.

What we now consider as staple foods, or even delicacies, may once have been thought poisonous, unsafe or undesirable. For example, when Spanish explorers first brought tomatoes to Europe from the Aztec Empire in Central America, they planted them merely as ornamental curiosities, with no intention to eat them. They were believed to be poisonous and it took many years before they were consumed as food.

Similarly, less than 200 years ago lobsters were only consumed by prisoners as people disliked the idea of eating the so-called cockroaches of the sea.1 Today, our acceptance phase has drastically shortened and, in fact, 42 percent of British consumers are now willing to try eating insects.2 Some food companies, like Crické in the UK, have started developing new products made with edible insects to deliver insect-based nutrition in a very discrete form.

Our food choices have a profound impact on the planet and we believe that insects as an alternative source of sustainable protein can help to reduce our ecological footprint. The Food and Agricultural Organization of the United Nations (FAO) estimates that at least two billion people around the world include edible insects in their diet. Insects are a great source of high-quality protein, fats, minerals and micronutrients, such as vitamin B12. With over 2,000 different edible insect species listed worldwide, there is an unbelievable variety on offer; and the species consumed varies by region due to differences in environment, ecosystem and climate.3

New insect-based products in the west 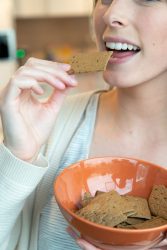 To incorporate insects into food subtly, Crické mills them into a high-protein powder that can easily be used to create healthy products such as crackers

Within western culture, entomophagy (insect-eating) is still seen as taboo, but as the potential benefits become more widely known this could soon change. Several top chefs have already pioneered the practice by including edible insects on their menus, followed by a handful of startups specialising in this area. Now, the variety of new insect-based foods on the market ranges from crackers to energy bars.

The global insect market is anticipated to grow at 24.4 percent yearly over the next decade, putting sales on track to hit £6.3 billion by 2030.4 Some big supermarket chains are already selling insect-based products, including Sainsbury’s, which launched whole crickets in 250 stores in November 2018.

In the UK there are 22 million flexitarians; for young people under the age of 25, environmental benefits are the leading motivators. Much research has suggested that meat has a negative impact on both health and the environment and, as a result, more people are choosing to reduce their meat consumption and seek protein-rich alternatives.
In fact, 81 percent of Millennials and 66 percent of Baby Boomers purchase food based on protein content 5 and insect-based products are becoming a new alternative.

Environmental experts recommend insects because they are a nutritious and sustainable food source, rich in essential protein, fats and minerals.

A sustainable source of protein

The FAO has calculated that livestock farming contributes to 18 percent of human-produced greenhouse gas emissions worldwide.6 This equates to more than the combined emissions from all transportation systems globally.

Crickets have a low environmental footprint, requiring substantially less land and water for production. They multiply very quickly, do not need much feed and are extremely efficient in converting waste to high-quality protein. As a direct comparison: to produce 1kg of cricket protein requires 1.7kg of feed; to produce the same amount of cattle protein requires 10kg of feed. Crickets require 0.05 percent of the water that cows need to produce the same amount of protein. On average, 200sqm of land is used to produce 1kg of beef; whereas, for insects, 15sqm are enough.7

Cricket powder as a new ingredient

Among insects, crickets are playing the leading role. Not only do they have a high protein content but they are a complete protein source, containing all the essential amino acids.

So far, the main challenge has been incorporating their nutritional and environmental benefits into new foods without people noticing it. At Crické, the answer has been to mill them into a high-protein powder that can easily be used to create different products, such as healthy insect-based crackers.

Cricket powder is an ideal protein supplement that can be mixed with flour for baked goods, added to shakes or used as a tasty seasoning. It has a fine light brown colour with a taste similar to roasted nuts and a pleasant aroma. 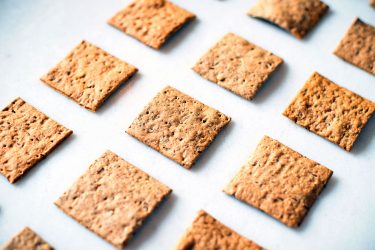 The process of obtaining the powder is also simple. The insects are specifically raised for human consumption in controlled farms to ensure good hygiene and quality of production. Crickets are cold-blooded animals and lowering the ambient temperature is sufficient to make the bugs unconscious before killing them. After being boiled and oven dried, they are milled and slightly defatted. The process can vary depending on the requirements.

Aspire Food Group uses automation, data and robotics to raise house crickets for human consumption. With roughly 22 million crickets produced every month, this American company created the first large-scale, industrialised insect farm in a 25,000-square-foot warehouse.8 In Europe, the French startup, Ynsect, has just obtained £103 million from venture capital investors to challenge the primacy of Aspire. Completely run by robots, the insect farm they are planning to build will be the world’s biggest.9

Cricket powder is not only high in complete protein, containing up to 76 percent in dry weight, it is also rich in vitamin B12, iron, phosphorus, potassium and magnesium. Moreover, carbohydrate content is usually not higher than 12g per 100g, with total fats being in the region of 6g.

Cricket powder has been used as a new ingredient to improve the nutritional values of traditional snacks. This choice has resulted in some promising figures: data are particularly promising in the UK, which has the largest and fastest-growing savoury snack market in western Europe – worth £2.8 billion.10 Snacking is extremely popular in the UK – 96 percent of Brits eat between mealtimes – and millennials are shifting towards more nutritionally balanced and sustainable snacks.11

With these encouraging data, insect-based snacks will surely gain popularity in the next few years as a healthy option and companies such as Crické may well succeed in overthrowing the western taboo. 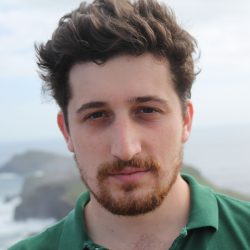 Francesco Majno is co-founder and CMO of Crické – a new food brand specialising in insect-based savoury snacks. He has an MA in Communication Design and has worked for five years as Information Designer and Project Manager in business consultancy and international design firms. In 2017, he co-founded Crické to disrupt the EU’s healthy food market with insect-based products. His role involves working on the brand’s marketing and communication strategy.

Crické, The Food and Agricultural Organization of the United Nations, Ynsect

Crické, The Food and Agricultural Organization of the United Nations, Ynsect