A report by the Changing Markets Foundation has found links between some of the world’s top supermarkets and illegal, unsustainable fishing operations. 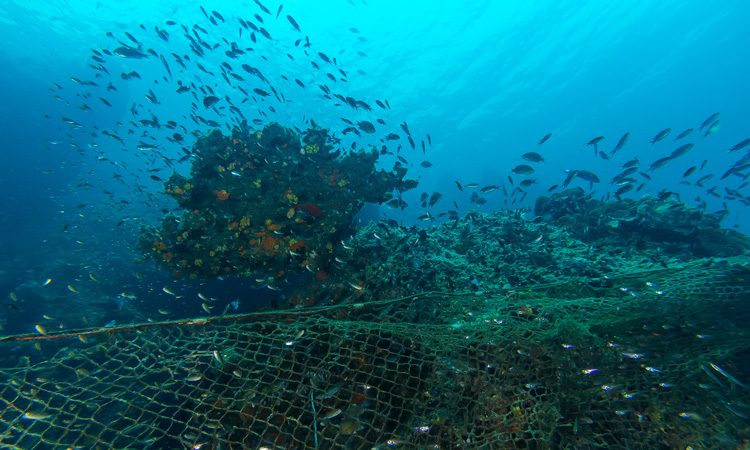 A new report, investigated between May and July 2019, by the Dutch-based Changing Markets Foundation, has found links between some of the world’s top supermarkets and illegal, unsustainable fishing operations. The report focused on three fishmeal and fish oil (FMFO) hubs: India, Vietnam and The Gambia, which supply feed ingredients for farmed seafood products in high-income markets.

The report, Fishing for Catastrophe, is said to be the first to comprehensively map FMFO supply chains from fishery to fork. It finds that the surge in popularity of fish (such as salmon and prawns) in the Western diet is causing fish stocks to collapse and taking a key source of protein away from some of the world’s poorest communities, due to the aquaculture industry’s reliance on FMFO for fish feed.

Many farmed-fish products are labelled as certified sustainable despite the damaging impact of the FMFO industry on marine ecosystems. The investigation also found that while retailers take assurances from the FMFO trade body The Marine Ingredients Organisation (IFFO) about supply chain sustainability at face value, dozens of IFFO members and certified companies are linked to unsustainable and illegal fishing practices.

“Shoppers across the globe are totally unaware that the seafood they are buying has a dark secret. The boom in aquaculture, to match the global demand for premium seafood products such as salmon, is fuelling illegal and unsustainable fishing practices which are stripping the oceans bare,” said Natasha Hurley, Changing Markets.

“Climate change is already destabilising our food system and that is being exacerbated by the FMFO industry, which will take anything and everything out of the ocean to meet demand from the growing aquaculture industry.

“These practices are not only destroying vulnerable marine ecosystems, but are also causing huge social issues, as communities that have been reliant on the ocean for food for generations are having their livelihoods destroyed and their access to a vital source of protein undermined.”

The report highlights that the certification standard for the FMFO industry (IFFO RS) is a “sustainability smokescreen”, with IFFO simultaneously functioning as the FMFO industry trade association, representing the interests of the sector by promoting the use of FMFO and lobbying to defend the industry. Hurley continued: “IFFO is wholly unfit to serve as a certification body because it was set up to defend the interests of the industry it is meant to oversee. This is a clear conflict of interest.”

Demand for fish is said to be growing more rapidly than the human population, and is outpacing demand for meat. Aquaculture currently accounts for approximately half of world fish consumption, and is projected to rapidly grow even further; farmed species are expected to account for 60 percent of global fish consumption by 2030.

Changing Markets has raised concerns about the long-term impact that the sector’s reliance on FMFO could have: “If aquafeed companies do not move faster to source genuinely sustainable alternatives they will face serious economic consequences that could substantially alter the predicted growth for the industry and those reliant on it”, said Hurley.