Rafael Jiménez-Flores assumed the role of President of ASDA® during the association’s annual meeting. 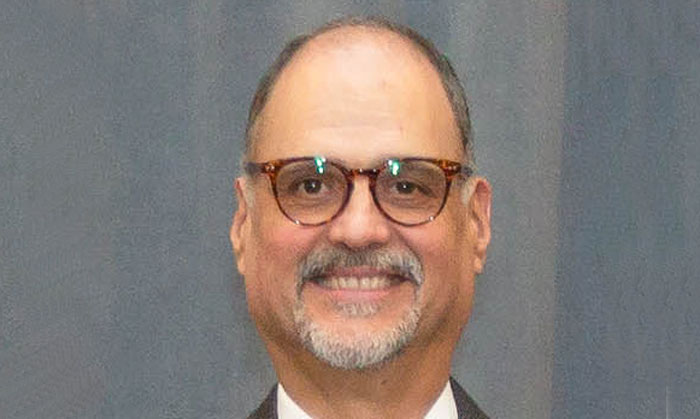 During the 2019 American Dairy Science Association® (ADSA®) Annual Meeting in Cincinnati, Ohio, Rafael Jiménez-Flores, the JT Parker Endowed Chair in Dairy Foods at The Ohio State University, assumed the role of President of the association.

ADSA® is an international organisation of educators, scientists, and industry representatives who are committed to advancing the dairy industry and keenly aware of the vital role the dairy sciences play in fulfilling the economic, nutritive, and health requirements of the world’s population.

Dr Jiménez-Flores served as Vice President of the organisation for the past year. He has been active in many roles with the association, serving as Chair of the Milk Protein and Enzyme Committee (15 years), Chair of the Milk Protein and Enzyme Symposium at the annual meeting (eight symposia), Director on the ADSA® Board (five years), Editor (six years) and Senior Editor (three years) of the dairy foods section of the Journal of Dairy Science, and Member (two years) and past Chair of the Lactation Biology Committee.

He earned his PhD in food science and agricultural chemistry at University of California-Davis, where he continued his education in dairy foods science with Tom Richardson. Among his projects, he was involved in cloning milk proteins for their structure-function studies and successful production of milk proteins in yeast.

Further work involved the cloning, engineering, and mammary gland directed expression of transgenic animals. He continued his work on dairy technology by focusing on milk fat, the milk fat globule membrane, and a process for removing cholesterol from butter oil.

Dr Jiménez-Flores will serve as the President of ASDA® for one year.