Calls for emergency Baltic fishing halt due to population crisis

Four non-governmental organisations have demanded a halt to fishing for western Baltic herring and eastern Baltic cod for 2020. 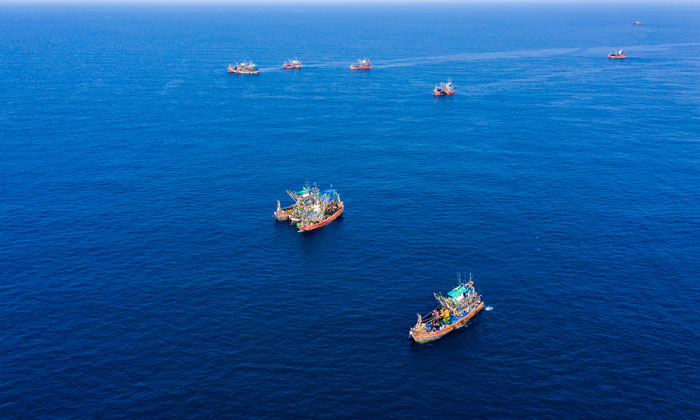 This halt is in response to scientific advice that a number of important Baltic fish populations are in a state of crisis and cannot be fished sustainably. The organisations have also called for an end to overfishing, as is required by EU law.

The four organisations (Coalition Clean Baltic, Oceana, Our Fish and WWF) have called on the European Commission and on fisheries ministers to take notice of the advice provided by the International Council for the Exploration of the Sea (ICES) when setting all fishing limits in the Baltic Sea.

“Western and eastern Baltic cod, as well as western Baltic herring, underpin the Baltic Sea’s ecosystem, yet decades of overfishing, and the ignoring of scientific advice by the EU Commission and Baltic governments, has been one of the drivers of destruction and a tragedy for the coastal communities,” said Ottilia Thoreson, Director, WWF Baltic Ecoregion Programme. “Due to these years of destruction and neglect, we are now facing a situation where fishing must be halted, if we are to have a chance to fish and sustain livelihoods in the future.”

The EU Common Fisheries Policy (CFP) requires that EU fish populations will be rebuilt or fished at sustainable levels by 2020. Scientific advice published by ICES states that western Baltic cod, eastern Baltic cod, and western Baltic herring fisheries are in a dire state, both as a result of, and contributing to, a deteriorating situation in the Baltic Sea.

ICES has recommended that catches of eastern Baltic cod and western Baltic herring in 2020 should be zero in order to meet CFP objectives, and to safeguard fish populations and deliver sustainable fisheries in the future.

“The only sane response to the collapse of the eastern cod population is to stop all fishing now and develop a recovery plan, rather than wait for 2020,” added Nils Höglund, Fishery and Marine Policy Officer, Coalition Clean Baltic. “With this clear advice from ICES, EU Member States must act without delay – and if they do not, the Commission must take action – there are still fish that can be saved, and spawning season is happening right now.”