The two measures described are part of the plan to aid farmers in feeding and taking care of their livestock, and with the production of crops. 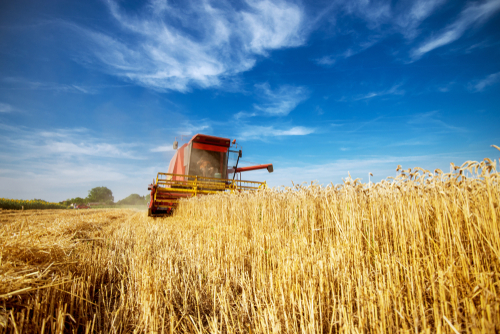 The European Commission is offering support to farmers grappling with the intense heat and difficulties of drought of this summer.

Farmers will receive up to 70 per cent of their direct payment and 85 per cent of payments under rural development, instead of waiting until December to improve their cash flow situation.

Fallow land, usually left for crop diversification and ecological reasons, has also been permitted for the production of animal feed. Farmers now have the flexibility to produce more fodder through further derogation to greening. These measures should benefit farmers of livestock.

The two measures described are part of the plan to aid farmers in feeding and taking care of their livestock, and with the production of crops, especially since the ongoing heat will have a lasting impact on the income of farmers. The reduction in the level of animal feed is having a large impact on livestock farmers and may increase their input costs should there be a shortage of fodder later in the year.

Commissioner for Agriculture, Phil Hogan, said: “I am very concerned about these prolonged climatic developments. I have been in contact with a number of ministers from affected countries to discuss the situation and get up-to-date assessments of its impact.

“The Commission, as always, is ready to support farmers affected by drought using a number of instruments, including higher advance payments, derogations from greening requirements and state aid.

“The Common Agricultural Policy already provides a safety net for farmers who have to deal with unpredictable events. I am encouraging all Member States to look into all possible actions and measures provided for in our legislation.”

The two specific decisions made have been taken to aid farmers and can be used in addition to support under the existing Common Agricultural Policy legislation. The current agricultural state rules give aid of up to 80 per cent of damage caused by drought, with the figure being up to 90 per cent in Areas of Natural Constraint.

Purchasing fodder for animals can qualify for aid, either as material damage or income loss. Compensation may also be granted to farmers without notification to the commission of up to €15,000 over three years.

A variety of other measures are also in place, with up to 100 per cent compensation should a natural disaster occur.