The Trump Administration’s multi-billion buffer was announced just hours before European Commission President Jean-Claude Junker touched down in Washington to address increasingly hostile trading relations between the bloc and the USA. 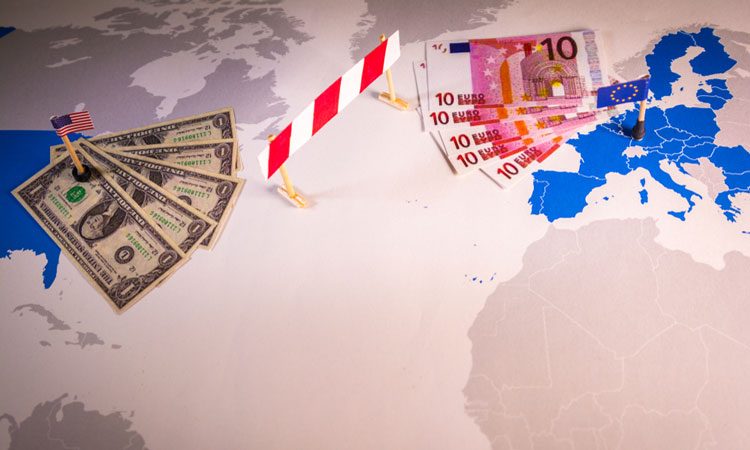 TRADE WAR: Canada, the EU and China have all retaliated to the change in policy

The U.S. Department of Agriculture (USDA) will give out up to US$12 billion to compensate farmers affected by “unjustified” retaliatory tariffs on U.S. agricultural goods.

Secretary of Agriculture Sonny Perdue had been directed by President Trump, the USDA revealed, to create a short-term relief strategy to protect workers in the industry as the Administration works on new trade deals.

The move comes amid an escalating trade war sparked after the President announced in March he would begin imposing tariffs on steel and aluminium entering the U.S.

Both the European Union and China responded by establishing their own retaliatory tariffs, including a long list of agricultural products. These included field crops like soybeans and sorghum, livestock products like milk and pork, and many fruits, nuts, and other specialty crops.

Producers across the industrial spectrum in America and the other nations playing a part in the trade war have expressed anxieties over the change in policy.

The $12 billion, apparently in line with the $11 billion impact of the retaliation, will be sunk into programmes to assist producers meet the costs of disrupted markets.

“This is a short-term solution to allow President Trump time to work on long-term trade deals to benefit agriculture and the entire U.S. economy,” Secretary Perdue said.

“The President promised to have the back of every American farmer and rancher, and he knows the importance of keeping our rural economy strong.

“Unfortunately, America’s hard-working agricultural producers have been treated unfairly by China’s illegal trading practices and have taken a disproportionate hit when it comes illegal retaliatory tariffs.

“USDA will not stand by while our hard-working agricultural producers bear the brunt of unfriendly tariffs enacted by foreign nations. The programs we are announcing today help ensure our nation’s agriculture continues to feed the world and innovate to meet the demand.”