Two trade bodies have urged the Welsh Government to ensure the importance of red meat production in Wales is recognised in future agricultural policy. 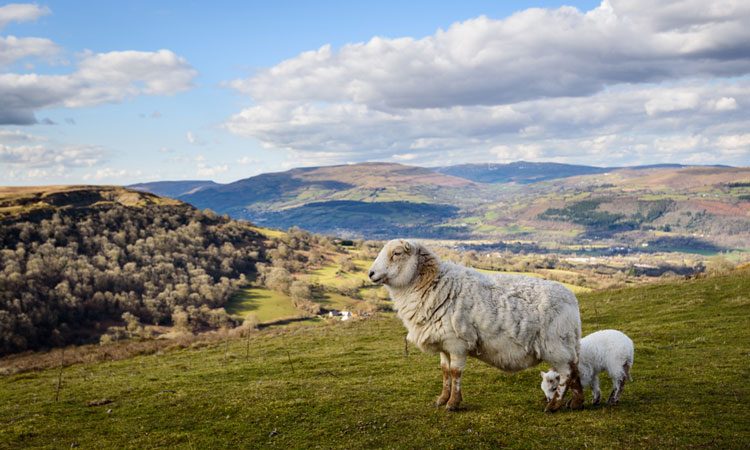 NFU Cymru and the British Meat Processors Association (BMPA) joined forces at the Royal Welsh Show this week to draw up their position on maintaining the ‘critical’ role the red meat sector has in the country’s economy.

In the UK as a whole, red meat represents around 21 per cent of the total agricultural production. For Wales, it is more than double that, at 45 per cent. Cattle occupy the biggest share of the sector at around a quarter, followed by sheep at 18 per cent and pig meat at 0.34 per cent.

“We are also fortunate to have world leading red meat processing facilities based here in Wales providing significant employment opportunities, both directly and indirectly, in rural and urban areas of Wales.

“To ensure the long term sustainability, to maximise efficiencies and to ensure that the red meat supply chain in Wales is competitive, our processors depend on a consistent supply of lamb and beef from Wales. It is imperative that future agricultural policy recognises this and maintains food production at its core.”

Speaking alongside Mr Davies, Nick Allen, the Chief Executive of BMPA, added: “To maintain, grow and find new markets for the widest possible range of Welsh lamb and beef products, both domestically and abroad, we must be confident of having a guaranteed long term supply of beef and lamb from Wales.

“Securing and maintaining sufficient supplies of PGI Welsh Lamb and Beef from the primary producer is paramount to our businesses operating in Wales.

“We note that the Welsh Government consultation proposes to introduce a new public goods scheme in Wales, we would support this as part of a future comprehensive agricultural policy for Wales but it is crucial that this is done in a way that avoids a squeeze on domestic food production.

“By incentivising farmers to reduce production levels, in favour of delivering ‘public goods’, for example grassland reversion or woodland planting on productive land, there is a risk that overall livestock production will drop, squeezing domestic food supply and increasing reliance on imports.

“There is a risk that, post-Brexit, meat is imported from wherever it is cheapest to produce around the world. Whilst the UK must have some level of imports to meet demand at certain times of year, flooding the market with low quality, cheap produce from abroad will quickly undermine our domestic capability to produce food, risk price volatility and food security.”