Could Denmark face a tax on red meat?

The Danish Council of Ethics has proposed a red meat tax to help fight climate change, citing greenhouse gas emissions from cattle production as a reason for its introduction… 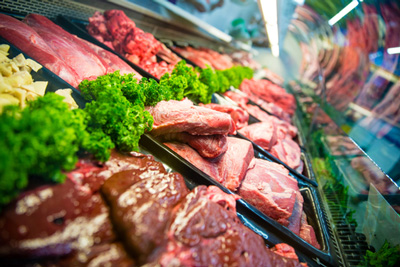 The Danish Council of Ethics has proposed a tax on red meat in Denmark to help fight climate change. The Council said that Danes should do more to reduce their climate impact and that a natural place to start would be lowering their red meat consumption.

In a press release, the Council said that food production makes up between 19 and 29 percent of global greenhouse gas (GHG) emissions with cattle accounting for most emissions. Indeed, the Food and Agricultural Organisation of the United Nations (FAO) states that total emissions from the global livestock sector equate to 7.1 Gigatonnes of Co2-equiv per year, representing 14.5 percent of all anthropogenic GHG emissions. The Organisation confirms that cattle (raised for both beef and milk, as well as for inedible outputs like manure and draft power) are the animal species responsible for the most emissions, representing about 65% of the livestock sector’s emissions.

The Danish Council of Ethics explains that different foods affect the climate very different and changing consumption may lead to big gains. The Council cites research that shows that if Danish consumers greatly reduced their red meat consumption, Denmark could reduce its greenhouse gas emissions from food by 20% – 35%. As such, the Council claims a tax on food, initially in beef, will make a difference to emissions. Fourteen of the Council’s seventeen members recommended the tax on red meat, saying it will raise awareness of the impact of food production on greenhouse gas emissions and lead to restricted spending. In the longer term, the Council said there should be a tax on all food, but in the short term, a tax on red meat from ruminants would be most feasible.

But would a tax on beef work? A spokesman for Danish governing party Venstre, Thomas Danielsen, told broadcaster DR that the government is very unlikely to act on the council’s proposed tax. He said:  “Maybe it would get beef consumption to fall in Denmark, but it wouldn’t do much of anything for the world’s CO2 emissions.”