Companies have got around the levy by slashing their sugar content, meaning it will generate half the income the Government originally projected. 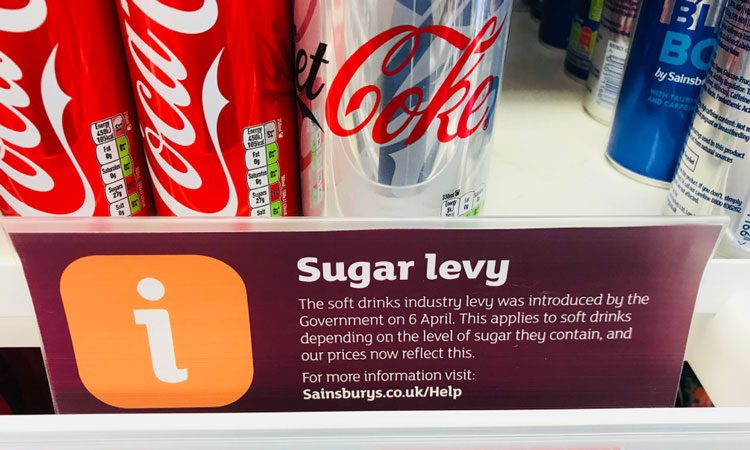 SPORTING TAX: The money will go to school sports, the Government has said

The Soft Drinks Industry Levy was introduced on April 6, and taxes manufacturers 18p per litre produced if the drink contains five grams of sugar per 100ml, and 24p per litre for more than eight grams of sugar.

The measure was expected to raise £520m per year, to be used to pay for school sports. However, the Government has recently revised down its expected income form the Levy to just £240m, as many soft drinks manufacturers have reformulated their products.

For example, AG Barr recently reformulated Irn-Bru to reduce sugar content from 10.3g/100ml to just 4.7g/100ml. AG Barr said that 99 per cent of its products are now not subject to the ‘Sugar Tax’.

The Government said, however, that it will take money from other Government budgets to ensure the full £520m is made available for school sports.

While the reaction of soft drinks manufacturers to the Levy has been a positive one, targeted taxes of this type run the risk of gradually adding to red tape and complexity in the tax system.

James Simmonds, partner in the accountancy firm’s Nottingham office and head of its drinks industry team, said: “Targeted taxes like the ‘Sugar Tax’ might have very noble aims, but they do run counter to the aim of simplifying the tax system.”

“The evidence of health benefits from these taxes is relatively limited, but the Sugar Tax certainly adds to the burden of cost and red tape for businesses.”

“It’s good to see the soft drinks manufacturers responding so positively to the new tax – reducing sugar levels in drinks makes sense financially, given the potential cost of the Levy.

“It does remain to be seen how the Government will make up the £280m shortfall in money for school sports, however.”