Blockchain, drones, biotech and big data will all play a part in coping with the upsurge in demand. 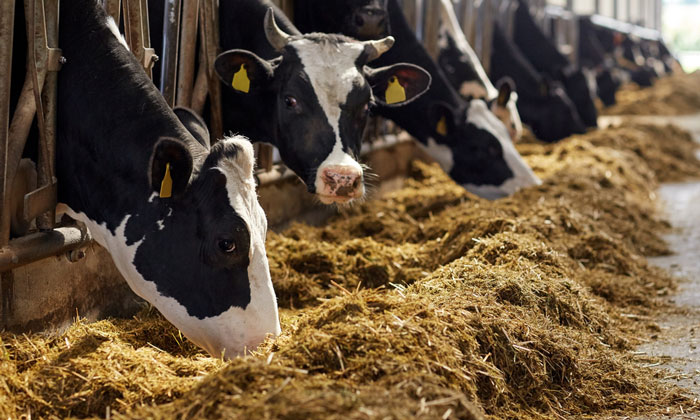 HAY DAY: Milk consumption per capita is expected to climb by 16 per cent over the next decade

Technology and innovation will be needed to cope with a surge in demand for milk over the next decade, an international research network has said.

Currently, around 876 million tonnes of milk is produced worldwide with Oceania, EU and India among the leading producers but by 2030, that figure is expected to rise by 35 per cent.

This is the estimate of the International Farm Comparison Network (IFCN) who last month released its latest Dairy Outlook report. It describes a future where the average cow will have to produce more than 20 per cent more milk, while the average dairy farm will have to boost its output by more than 50 per cent.

Much of the growth in production will be driven by South Asia which the IFCN expects will churn out 64 per cent more milk in 2030 compared with today.

Dr Torsten Hemme, Managing Director of the IFCN, said: “More milk will be needed on the market. The increase of demand is not only due to more people living in the world, but also the per capita consumption will increase, due to growing prosperity and worldwide investments in dairy product development”.

The founder of IFCN underlined that the increased demand will be covered by higher global milk supply. The dynamics of structural changes of dairy farms internationally will continue and farms will intensify their farming systems. Dr Hemme said “By 2030, IFCN forecasts an increase in milk production and demand in total by 35 per cent.”

Technology is expected to be leveraged to cope with this surge in demand. The most significant developments that are expected in the future are in biotechnology and big data.

The short-term IFCN Outlook points towards a continuing increase in milk supply worldwide. In 2017 world milk production grew by nearly 2.7 per cent, which is significantly higher than the growth level achieved in 2016. However, growth has started to slow down significantly in 2018.

Key factors in the slower growth in 2018 are climate anomalies in New Zealand, the EU and Argentina and a challenging economic situation for dairy farmers in the United States.