A major new report has warned that global pensions and savings funds could face a serious bout of “financial food poisoning” due to poor standards of food safety, antibiotic use and environmental management in the Asian meat, dairy and seafood sector. 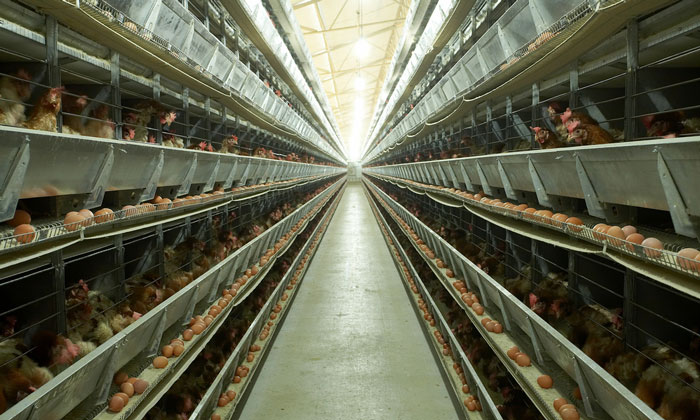 Investor network FAIRR’s Asian Factory Farming Report, written in collaboration with specialist consultancy ARE (Asia Research and Engagement), urged investors to be cautious as factory farming in the region surges.

Jeremy Coller, Founder of FAIRR (Farm Animal Investment Risk and Return) and CIO of Coller Capital, said: “Simply put, a failure to reform the Asian meat and dairy industries in areas like food safety, could spell a nasty bout of financial food poisoning for global investors. Investors must step up to the plate.

Investors must step up to the plate

“Investors have a big appetite for Asia’s animal protein sector. But growth is driven by a boom in factory farming which tends to mean more emissions and more epidemics, abuse of antibiotics and abuse of labour. All risks to returns.”

The report claims that the growth of factory farming in the region is fueling a 19 per cent rise in Asian meat demand with Chinese meat and feed producers such as New Hope Group and Wen’s Group ranking among the top ten largest animal feed manufacturers in the world. In addition, half of seafood in Asia is now produced in intensive factory farms.

With this boom comes fear for the future of the environment and health.

China’s demand for animal feed is responsible for 35 per cent of Brazil’s soybean production, driving deforestation. Meat production is greenhouse gas intensive and Asian producers could be exposed to growing low carbon regulation, including the introduction of a new of carbon pricing scheme in China. Ruminant meat (beef and lamb) produces on average 280 times more emissions per calorie than legumes.

The World Health Organization has declared the rise of antibiotic resistant superbugs one of ‘the biggest threats to global health today’. Asia is predicted to increase antibiotic usage in chicken and pigs by 129 per cent and 124 per cent respectively.  China already consumes almost half the world’s antibiotics.

“The evolution of what are now early-stage domestic regulatory moves in Asia, supplier conditions introduced by international brands and import restrictions in response to the misuse of antibiotics in animal production can impact the productivity of Asian producers and their access to markets.”

Mr Coller added: “It’s exactly three years since McDonalds and KFC reeled from a $10.8bn loss of market cap due to the expired meat scandal in China. But lessons have not been learnt. Far sighted investors are looking to alternative proteins for future growth, with the likes of Asian-owned Quorn growing 19 per cent in the first half of 2017.”

The FAIRR report also cites innovations such as a Taiwanese biotech company using QR codes to help consumers check the quality of eggs.

Director of Shareholder Engagement at FAIRR and member of Boston Common Asset Management, Lauren Compere said: “As active investors in Asia, we see both the potential and the pitfalls of the animal protein sector in Asia.

“The 19 per cent growth predictions and global supply chain make the sector seem an appetising prospect, but that is not the full story. Growth in Asia is driven by the rise of intensive factory farming and that has led to generally poor standards of food safety, animal welfare and environmental management. Given the global footprint of the Asian meat sector that puts returns at risk for investors here in the US and across world markets.”

FAIRR’s Asian Factory Farming report also discusses risks in areas such as labour rights, animal welfare and the level of livestock epidemics in the region. This includes the outbreak of avian flu in South Korea in 2016/17, which resulted in culls of more than a fifth of the poultry population, bringing egg-laying hen numbers to a 12-year low. The report also shows that all four Chinese and Thai companies assessed by the Business Benchmark on Farm Animal Welfare in 2017 were ranked in its bottom two tiers.

It is just over 18 months since FAIRR released its landmark report ’Factory farming: Assessing investment risks’, which highlighted 28 ESG risks facing the global factory farming sector. That analysis opened the flood-gates on investor concerns in this area and since its launch investors representing over $3 trillion of assets have participated in FAIRR activities. This has included engaging with over 36 global food multinationals on issues such as antibiotics and the sustainability of their protein supply chain.