The same strains of Listeria monocytogenes were found in Austria, Denmark, Finland, Sweden and the United Kingdom. 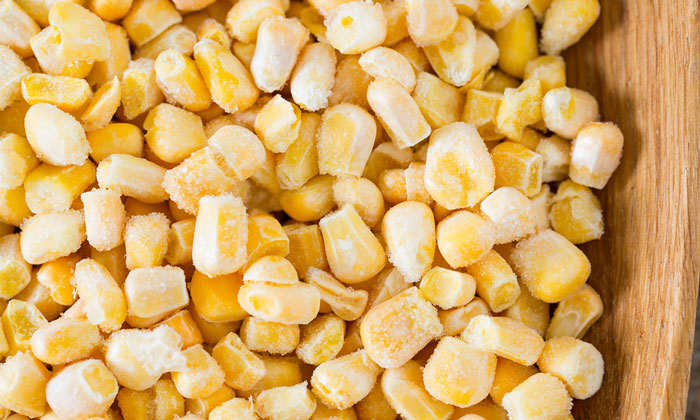 PRIMARY SUSPECT: Frozen corn and possibly other frozen vegetables are the likely source of the outbreak

A deadly listeria outbreak has been traced back to one Hungarian frozen vegetables plant – despite the fact it had been cleaned and disinfected.

The outbreak, which is thought to have affected 47 people and killed nine, has been ongoing since 2015.

Experts used whole genome sequencing to identify the food source, which initially was thought to be limited to frozen corn.

The strains of L. monocytogenes have been detected in frozen vegetables produced by the same Hungarian company in 2016, 2017 and 2018. This, according to the European Food Safety Authority (EFSA), suggests that the strains have persisted in the processing plant despite the cleaning and disinfection procedures that were carried out.

“The same recommendation applies to other companies belonging to the same commercial group if environmental contamination is detected.”

On June 29, 2018, the Hungarian Food Chain Safety Office banned the marketing of all frozen vegetable and frozen mixed vegetable products produced by the affected plant between August 2016 and June 2018, and ordered their immediate withdrawal and recall. All freezing activity at the plant has been stopped.

New cases could still emerge, the EFSA said, due to the long incubation period of listeriosis (up to 70 days); the long shelf-life of frozen corn products; and the consumption of frozen corn bought before the recalls and eaten without being cooked properly.

Though relatively rare, between 0.1 and one case per million, listeriosis is among the most serious foodborne illnesses with a mortality rate in vulnerable groups of between 20 and 30 per cent.

Over the last year, South Africa has been wrestling with the worst outbreak of the bacteria of all time, killing 180 people and infecting nearly 1,000. It was traced back to a single producer of cold processed meats.