New research has shown consumers can be encouraged to eat less by ‘recalibrating’ what they imagine normal portion sizes to be. 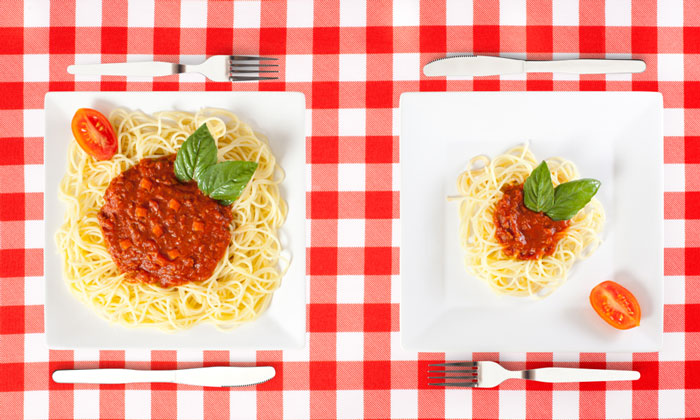 RESPONSIBILITY: Industry has a role to play in reducing portion sizes

The study, published in the American Journal of Clinical Nutrition, suggests there may be benefits in the food industry changing food product portion sizes in order to make healthier eating more normal.

It consisted of a series of experiments conducted by a team from the University of Liverpool’s Institute of Psychology, Health and Society, led by Dr Eric Robinson.

During the second, which took place the following day, participants were advised they could serve themselves whatever they wanted to eat from the same type of food provided in the first experiment.

In the third, the participants were asked what their preferred portion size of the food was a week later.

Dr Robinson, said: “There have been suggestions that shrinking the portion size of commercially available food products could be one approach to reducing over-consumption and tackling population-level obesity.

“The present findings indicate that if portion sizes of commercially available foods were reduced, these smaller, more appropriate portion sizes may recalibrate perceptions of what constitutes a “normal” amount of food to eat and, in doing so, decrease how much consumers choose to eat.”

Dr Inge Kersbergen, also from the Institute of Psychology, said: “It is unclear from our research how long the effect would last for. The effects we observed were larger when we examined food intake the next day in the laboratory than when we looked at portion size preference one week later.

“Based on the idea that our immediate environment influences our perceptions of what a normal portion size is, it is likely that the effect would only last if we encounter smaller portion sizes more often than supersized portions.”

Historical increases in the portion sizes of commercially available food products are known to cause ‘passive’ overeating and have been linked to the emergence of the worldwide obesity crisis. One idea that public health bodies are currently promoting is that the food industry needs to reduce the portion sizes of the products they are selling.