Separating vegetarian dishes on a menu can, in fact, reduce the proportion of people who choose a vegetarian option. 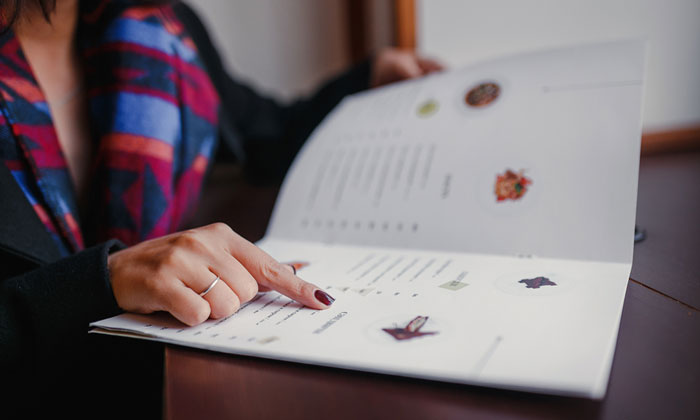 THE AGONY OF CHOICE: The researchers suggested "moral licensing", where a consumer feels they have earned a degree of indulgence, may be partially responsible for the results

Separating vegetarian dishes on a menu can, in fact, reduce the proportion of people who choose a vegetarian option.

People who frequently eat vegetarian food but are not vegetarian were less than half as likely to choose a meat-free dish when presented with a restaurant menu with a separate vegetarian section, a new study from the London School of Economics and Political Science (LSE) has found.

They found placing meat-free dishes in a separate section did not have a significant effect on the choices made by infrequent vegetarian food eaters. It had a notable effect, however, on the frequent eaters – those who reported eating only vegetarian food on at least two days in the previous week. Less than half as many of these people chose a vegetarian option from the menu with a separate vegetarian section than from a menu in which all options were presented in a single list.

These findings indicate that the common practice of separating dishes on a menu can, in fact, reduce the proportion of people who choose a meatless option.

The researchers also discovered that presenting a vegetarian dish as the ‘Chef’s Recommendation’ or including a more appealing description of a non-meat meal lead to a greater proportion of infrequent vegetarian eaters choosing a vegetarian option. But, again, these altered menu designs backfired with those who ate vegetarian food more frequently, leading them to be less likely to choose a vegetarian dish.

The researchers suggest that this backfiring effect may be down to ‘moral licensing’.  Having behaved in way that is considered healthy or morally desirable someone may subsequently feel ‘licensed’ to make a less healthy/morally desirable choice.

In this context, restaurant menu interventions that emphasise vegetarian meals may remind the frequent vegetarian food-eaters that they have already engaged in this seemingly morally valuable food choice on many occasions, prompting them to select meat or fish instead.

As the researchers highlight, eating a diet which includes more plant-based food and less meat is increasingly being promoted as a way to protect the environment and tackle climate change.

These findings show menu design can play a role in whether people make more environmentally-friendly, and often healthier, choices when eating out. But the size and direction of the effect can depend on people’s past behaviour.  If restaurants, canteens or cafes want to encourage more people to eat sustainably it may require designs to be tailored to the target audience.

Linda Bacon, one of the study’s authors and a graduate of LSE Executive MSc in Behavioural Science, commented: “Restaurateurs can have a positive impact on the environment by encouraging their customers to choose more plant-based food and less meat.

“However, our findings suggest that while certain restaurant menu designs can encourage some consumers to make pro-environmental food choices they can have the opposite effect on others. Restaurateurs may therefore need to experiment to find the design that is most effective for their specific clientele.”

People who identify as vegetarian or vegan were excluded from the study. It solely focuses on people who do eat meat and fish, but do so to varying degrees.