Consumers are hesitant to embrace innovation due to hostility towards science, Europe’s food safety commissioner has said at an event hosted by an Italian consulting firm. 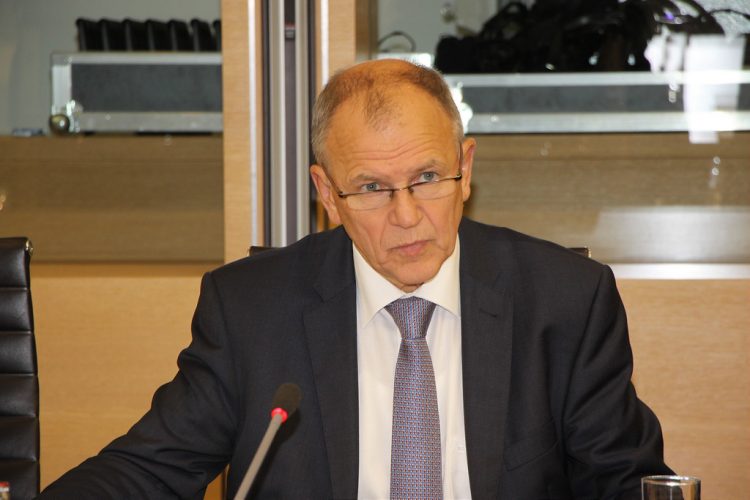 The EU food safety commissioner has called upon food scientists and the wider industry to improve lines of communication to beat the mistrust he believes is holding back progress.

Speaking at the Ambrosetti Club Europe last week, Vytenis Andriukaitis outlined how the rapid and confusing evolution of science, growing consumer awareness and the immediacy of media were all contributing to a public air of hostility towards innovation.

He said: “How come people are increasingly hostile towards innovation especially when it touches the essential – food and personal health? Or is this only a small part of society managing to manipulate the facts? What we – the believers in science – can do to reverse this trend?

“I firmly believe that public mistrust of science is actually holding us back in a number of key areas. Let me name just a few examples. It is in Europe that successful animal cloning was first experimented, but now the regenerating tissue science is not here anymore. It is in Europe that modification of plants was discovered, later getting unlucky name – GMO. Now the benefits are reaped by others. And the list is long.

“There are few reasons behind – at least I think so. First – science evolves today at a pace so high that it is not easy to grasp the changes, less to embrace them. And when you can’t understand – the reaction is rejection.

“Second – people are more aware of what they consume and they demands are much more sophisticated that even a 50 years ago. And the third – the spread of information is instant – and negative or falsely negative information is much easier to accept, because it goes well with the first point – I don’t understand, therefore I reject it.”

The Commissioner went on to list and detail high-profile scandals such as the horsemeat fraud of 2013 and last summer’s fipronil incident, and referenced the recent glyphosate debate as an example of an area in which scientists and the food industry might have been clearer and done more to push the independence of scientific studies.

He ended his talk by calling on the industry to do more to keep consumers informed, there by re-establishing lost trust.

He said: “We must collectively recognise that risk and uncertainty are part and parcel of every decision we take.  We need to engage people in a serious and rational debate.

“But in this world of information overload – from old media and new – information, misinformation, opinions, prejudices, truths, half-truths and un-truths all compete for public attention.

“We need better communication of science so that people can be better informed about risk assessment and management decisions.

“We must fight the erosion and the misrepresentation of science so as to keep people abreast of developments, embracing new opportunities and overcoming the fear of change.”

To see the rest of Mr Andriukaitis’ speech, click here.