Changes in the biology of the brain can lead to depressive, anxious and compulsive behaviours in those whose diets are rich in saturated fat and sugar. 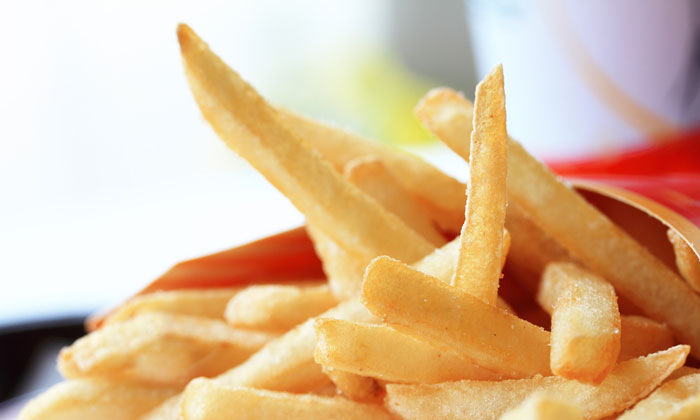 MOOD ALTERING: Saturated fat is bad for the brain

A diet rich in saturated fat and sugar not only leads to obesity, but depressive, anxious and compulsive behaviour according to a new study.

Through a study on mice, researchers at the University of Montreal Hospital Research Centre found that a poor eating habits create inflammation in the nucleus accumbens, a part of the brain that controls mood and the feeling of reward.

The metabolic changes observed with the diet high in saturated fat, such as hyperinsulinemia and glucose intolerance, are associated with pre-diabetes.

Fulton and her team of researchers worked with two groups of mice fed a diet containing the same number of calories every day, 50 per cent of which were from fat.

One of the groups was fed a saturated-fat diet, while the other received monounsaturated fat. A third group of mice was fed a low-fat diet.

“The animals with the diet rich in saturated fat voluntarily ate more grams of food, and therefore, more calories,” said Léa Décarie-Spain, the study’s first author and a PhD student in the laboratories of Fulton and her colleague Thierry Alquier.

“It took only 12 weeks for the diet rich in saturated fat to cause obesity, anxiodepressive behaviours and the metabolic changes associated with prediabetes.”

Many studies conducted on humans have shown that a Mediterranean diet low in saturated fat has a protective effect against depression. In this study, the researchers were able to identify the neuronal mechanisms that link obesity to depression.

The study showed that anxiodepressive behaviours result from inflammation observed in the nucleus accumbens. A genetic manipulation made it possible to inhibit the molecule that plays a key role in spreading the inflammation to that part of the brain.

“This manipulation succeeded in protecting the mice with a diet rich in saturated fat from inflammation; consequently, the signs of depression and anxiety and the compulsive behaviours associated with sugar disappeared,” explained Décarie-Spain. These advances pave the way for further research into an anti-inflammatory genetic intervention in the nucleus accumbens that could inhibit depression caused by inflammation.

This discovery is also a good illustration of the vicious circle experienced by people with obesity caused by a diet rich in sugar and saturated fat.

“Their diet leads to negative emotions, which stimulates the quest for comfort through food, which increases the risk of developing compulsive behaviour,” added Décarie-Spain.

Saturated fat is found mainly in palm oil, widely used in the processed food industry, as well as in products of animal origin.

This study was conducted with animals, but it is believed that the mechanism that occurs in the nucleus accumbens of humans is similar.

“We hope that this study will help educate people about the importance of diet, not only because of the cardiovascular diseases and cancers associated with obesity, but also because of the neurological and psychiatric problems that are increasingly linked to obesity,” said Fulton. “We also hope that our results will put pressure on the food industry to replace these types of fat with monounsaturated fats.”

“We should simply avoid eating [unhealthy] foods on a regular basis in order to keep our metabolism healthy and free of inflammation,” said Décarie-Spain. “It’s a question of moderation.”

This study follows on an earlier study published by Fulton in 2013 which showed that obesity leads to anxiodepressive behaviours and hormonal changes, which have an impact on the reward signal and vulnerability to stress.