This spring, three UK supermarkets, collectively representing more than a quarter of the market, will put age restrictions on energy drinks containing more than 150 mg of caffeine per litre. 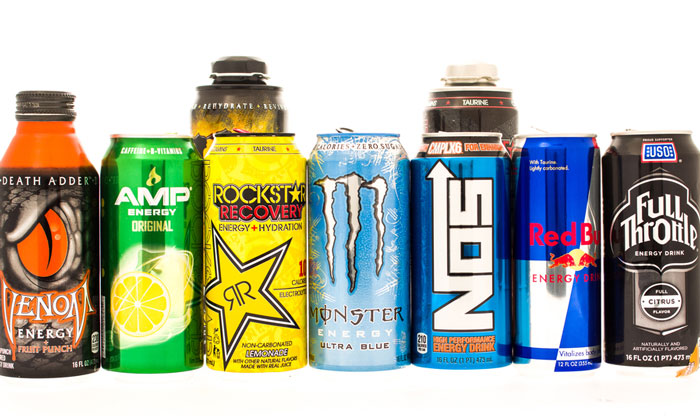 RESTRICTED: The British Soft Drinks Association say that energy drinks are worth £2 billion to the UK economy

Three of the UK’s biggest supermarket chains will impose age restrictions on the sale of energy drinks this year.

Aldi and Asda separately announced last week that they would prevent the sale of high caffeine energy drinks to under-16s from March 1 and March 5 respectively.

In making the announcements, the two chains, together representing just over 22 per cent of the British supermarket industry, have joined Waitrose which said it was restricting sales on January 4, effective, like Aldi and Asda, in March.

People attempting to buy energy drinks containing more than 150 mg of caffeine per litre at these three supermarkets will potentially be asked to show identification.

Andrew Murray, Asda’s Chief Customer Officer said; “We take our responsibilities as a retailer seriously and work hard to ensure we get the balance right between offering choice and doing the right thing.

“We have listened to our customers and want to take a leading position in this area to support parents and teachers in limiting young peoples’ access to high caffeine drinks.”

In Aldi’s statement, Oliver King, Managing Director of Corporate Responsibility, said: “We are introducing this age restriction in response to growing concern about the consumption of energy drinks among young people.”

The news has been welcomed by the charity Action on Sugar. Kawther Hashem, Nutritionist with Action on Sugar at Queen Mary University of London, said: “We are delighted to see that Asda and Aldi have followed Waitrose’s lead with its ban on energy drinks and hope all the other big retailers will comply.

“Energy drinks are a contributor to sugar intake which is linked to the development of obesity and various types of cancer, as well as type 2 diabetes and is rotting our children’s teeth.

“Our study published last month in the BMJ Open revealed that sugar, calorie and caffeine content in energy drinks remain far too high. Just one can of Rockstar Punched (500ml) contains 78g sugar – that’s nearly 20 teaspoons! Retailers must be held accountable and reminded to reconsider their ethical responsibility.”

In a statement issued in response to Waitrose’s announcement on January 4, the British Soft Drinks Association wrote that the move ‘built’ on already-existing industry efforts. It also added a series of infographics underscoring the significance of the energy drinks market and its comparative nutritional value. According to the association, energy drinks represent five per cent of the soft drinks market and are worth £2bn to the UK economy. They also, for the most part, ‘contain no more caffeine than a typical cup of coffee’.

The association’s Director General, Gavin Partington, said at the time: “Energy drinks and their ingredients have been deemed safe by regulatory authorities around the world.

“In 2010 we introduced a voluntary Code of Practice to support parents and consumers who want to make informed choices. In 2015 this was updated to include more stringent guidelines around marketing and promoting, including reference to in and around schools.

“Energy drinks are not marketed or promoted to under 16s and all beverages carry an advisory note stating: Not recommended to children.

“Energy drink manufacturers have taken all possible steps to be clear about the suitability of energy drinks. Retailers, schools and parents all have a role to play in educating children about caffeine and sugar consumption from all sources.”