Plain packaging has been a legal requirement on all cigarettes sold in the UK since May this year. But how would the same kind of ban affect the food and drinks industry? 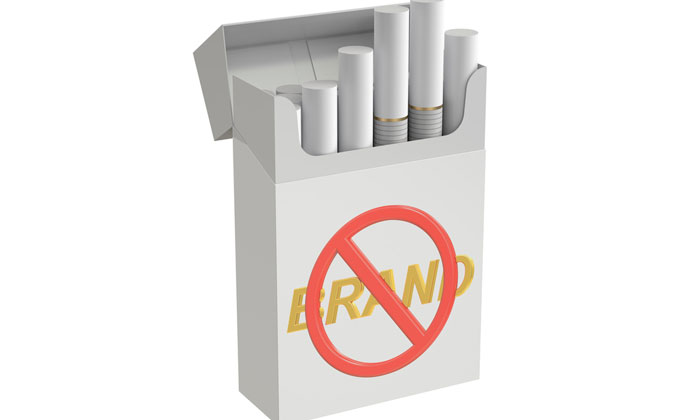 CRACKING DOWN: Award-winning neuroscientist Wolfram Shultz is among those calling for cigarette pack-style restrictions on junk food products

The drink industry could be struck by a US$300bn if plain packaging is extended to beverage products, a report has found.

In response to calls to extend the kind of plain packaging legislation seen in the sale of tobacco around the world, valuation consultants Brand Finance analysed what the potential impact such a move would have on the food and drink industry.

The consultants looked at this impact in four categories: alcohol, confectionery, savoury snacks and sugary drinks.

Eight major brand-owning companies are predicted to lose a total of $187 billion should plain packaging be mandated for other FMCG products, with alcohol and sugary drinks brands most vulnerable.

The Coca-Cola Company and PepsiCo are among those corporations with most value at risk; $47.3 and $43.0 billion respectively, equal to 24 per cent and 27 per cent of their total enterprise values.

Entire brand portfolios of companies specialising in alcoholic drinks, such as Heineken, AB InBev, and Pernod Ricard, would fall within the scope of the legislation, jeopardising future revenue streams.

An extrapolation of the results to all major alcohol and sugary drinks brands, points towards a potential loss of $293 billion for the beverage industry globally.

The estimates refer to the loss of value derived specifically from brands and do not account for further potential losses resulting from changes in price and volume of the products sold, or illicit trade. Therefore, the total damage to businesses affected is likely to be higher.

David Haigh, CEO of Brand Finance, said: “To apply plain packaging in the food and drink sector would render some of the world’s most iconic brands unrecognisable, changing the look of household cupboards and supermarket shelves forever, and result in astronomical losses for the holding companies.

“Predicted loss of brand contribution to companies at risk is only the tip of the iceberg. Plain packaging also means losses in the creative industries, including design and advertising services, which are heavily reliant on FMCG contracts.”

Plain packaging is often referred to as a branding ban or brand censorship. By imposing strict rules and regulations, the legislator requires producers to remove all branded features from external packaging, except for the brand name written in a standardised font, with all surfaces in a standard colour.

An increasing number of countries are introducing strict regulations on the marketing and advertising of food and drink products in an attempt to prevent obesity and lifestyle diseases. With calls for more intrusive measures growing, the prospect of further applications of plain packaging looks increasingly likely.

In 2015, the WHO-backed Tobacco Atlas, called for extending plain packaging to alcohol and some food and drink products. In 2016, Public Health England released a report calling for plain packaging to be considered for alcohol, a topic which was raised again only last month in medical journal, The Lancet. Also in the past month, Canada’s Yukon became the first territory in the world to introduce sizeable health warning labels on all alcohol products, cautioning against the risk of cancer.

You can read the whole of Brand Finance’s report by clicking here.