A vote by the European Parliament has thrown the future of the kebab into jeopardy as ministers expressed concern the additives retailers use to protect flavour and retain water in the meat. 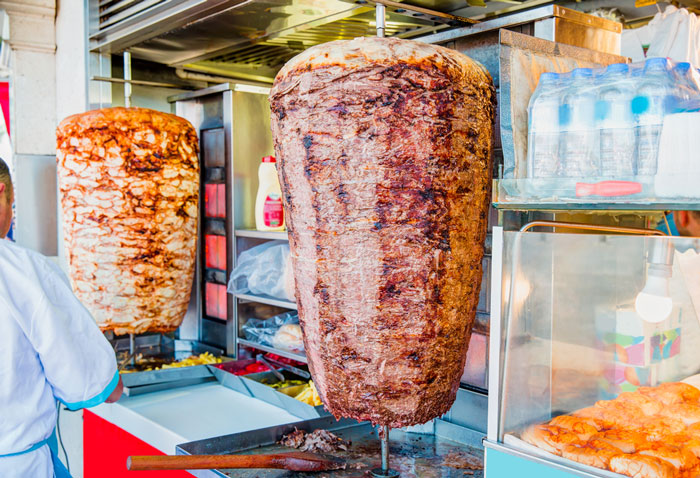 FIGHTING FOR SURVIVAL: Will the rotating kebab spit soon be a thing of the past?

On Tuesday, Members of the European Parliament’s Committee on Environment, Public Health and Food Safety voted against a proposal to authorise the use of phosphates in lamb, veal, poultry and beef that go on vertical kebab shop spits.

It was brought for the committees deliberation by the European Commission who proposed the Parliament authorise the chemicals as it has done for other meats.

Instead, opposition to the proposal voiced by members of the committee found an audience and the opposition was passed by 32 votes to 22.

It will now move to the European Parliament as a whole who will consider the matter, along with the committee’s objection, between December 11 and 14 at a plenary session in Strasbourg.

The objectors were Danish MEP Christel Schaldemose and Belgium MEP Bart Staes who voiced concerns around the health effects of phosphates, the technological need of the proposal and the effect changes could have on consumer trust.

The chemicals in question, phosphoric acid, di and tri phosphates and polyphosphates, have been linked to cardiovascular disease. During MEP’s deliberations, their attention was drawn to a 2012 scientific review showing a potential link between phosphate additives in food with increased cardiovascular risk. However, a European Food Safety Authority (EFSA) assessment however stated that it is not possible to attribute this risk to phosphorus intake in general or phosphate additives. But another scientific study from 2013 also suggested a link between high-phosphorus diets and increased mortality in the US population.

The European Food Safety Agency (EFSA) has said that it will re-evaluate the safety of phosphates food additives by 31 December 2018.