Climate change an ‘alarming threat’ to food safety and security

Leaders of several Pacific states have warned that without action, the consequences of climate change could be dire. 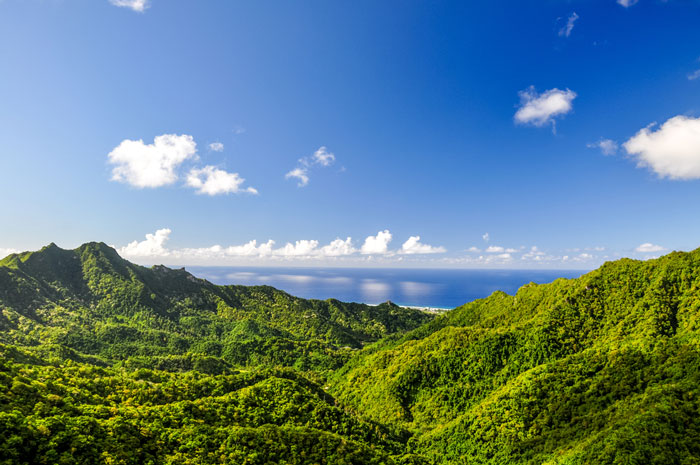 PACIFIC WARNING: The Prime Minister of the Cook Islands was among the Pacific leaders to join the call.

At the UN Climate Change Conference COP23 in Bonn, the Pacific leaders issued a joint statement urging all countries to play a part in limiting the rise in global temperatures.

The heads of nine small island developing states (SIDS) as well as representatives from regional development bodies, New Zealand and Australia joined together in making the call on Saturday (November 11).

In the statement, the cohort of Presidents, Vice-Presidents, Prime Ministers and cabinet members, urged other nations to “exceed previous commitments and pursue efforts to limit the temperature increase to 1.5 degrees centigrade as above pre-industrial levels, to reduce the adverse impact on food security and nutrition, coastal habitats and the livelihoods of those depending on oceans.”

The 1.5 degrees limit will allow “for a greater change at maintaining resilient livelihoods and promote partnerships for sustainable development in the Pacific Islands,” the statement read.

The group also raised concerns about the negative impacts of malnutrition evidenced by the growing incidence of non-communicable diseases, which account for 75 per cent of adult deaths in the Pacific, and called for “more proactive and integrated actions to promote policies to tackle food insecurity challenges, especially on issues related to obesity, stunting, wasting and NCDs.”

It acknowledged the importance of the FAO and partners’ Global Action Programme on Food Security and Nutrition in SIDS, which recommends action at global, regional, national and local level to accelerate food security and nutrition, calling for its endorsement and immediate implementation.

With Pacific island states highly dependent on their oceans for their livelihoods and food security, leaders reiterated their anxiety about ecosystem degradation, and called upon the international community to assist in maximising the sustainable utilisation of the fisheries and aquaculture sectors for the benefit of small island developing states.

They said that Pacific islands are among the most environmentally vulnerable nations in the world. Drought, extreme high tides, violent winds, and storm surges pose major risks to small island nations, and their efforts to achieve sustainable development.

For many islands, the impact of climate change represents the gravest of threats to their survival and viability, including, for some, through the loss of territory.

In his opening remarks, Jose Graziano da Silva, FAO Director-General and chair of the COP23 meeting, shared the Pacific leaders’ concerns about the negative impact of climate change on food security and nutrition and its role in exacerbating the burden of malnutrition as well as the alarming overweight and obesity levels.

“You are suffering from things that you didn’t cause, from things you are not responsible for – the impact of climate change,” said the FAO Director-General said.

“This is what FAO offers – support so that you can face climate change; scale up growing local products as we see you import more and more food. Obesity is a big problem. It is an epidemic that we need to address. Together with partners such as WHO, we promote the uptake of healthy, fresh food – fruits, vegetable and fish instead of processed food. We promote local products – bread fruit, for which we have a pilot programme in the Marshal Islands, Samoa, Nauru, and which we want to scale up and multiply.”

With Oceans Day events at COP23 taking place on Saturday, Graziano da Silva also highlighted the importance of the FAO Port State Measures Agreement (PSMA), “today’s (November 11) main tool in the hands of the international community to tackle illegal, unreported and unregulated fishing”. He  urged all Pacific Island states to adhere to the agreement.

He said: “You are countries with more water and natural resources to preserve than any other countries. This is why the Port State Measures Agreement is important. FAO is committed to support you to implement and monitor your PSMA process. We can provide assistance for your national legislations, training and funding to put the agreement in place. We will not be able to safeguard our ocean environment if we don’t combat illegal fishing.”