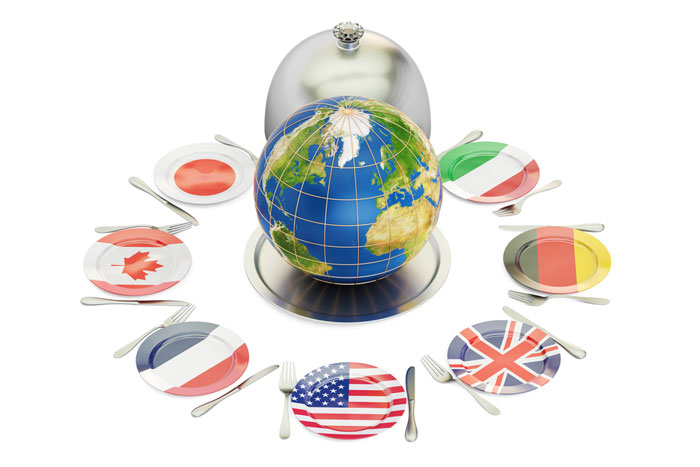 RICH AND POWERFUL: The G7 are the seven largest economies in the world.

Mr da Silva told representatives yesterday (November 5) that chronic undernourishment is on the rise for the first time in a decade, largely due to conflict and climate change, while more than 2 billion people suffer from one or more micronutrient deficiencies and near 1.9 billion people of adults are overweight – of whom 600 million are obese.

“About one in three persons globally suffers from at least one form of malnutrition: be it hunger, micronutrient deficiencies, or overweight and obesity. Unless we take urgent and effective action, more than half of the world’s population will suffer from at least one type of malnutrition by 2030,” he said. “It is our collective responsibility to ensure that every person on this planet has access to food that is safe, sufficient and nutritious.”

The meeting in Milan marks the first time FAO has been invited to address health ministers from the G7 – Canada, France, Germany, Italy, Japan, the United Kingdom and the United States.

Underscoring the impact that urbanisation is having on food production and consumption, the FAO Director-General cited the ongoing transition towards diets consisting of more processed foods. Consumers should be encouraged to buy more fresh food, relying less on packaged and frozen products: “Fortunately, many cities of the world are becoming more and more aware of the importance of promoting local markets and also local fresh products”.

Graziano da Silva also informed the G7 health ministers of FAO and WHO’s joint efforts, under the “One Health” approach, to combat the rising threat of animal diseases transmissible to humans such as avian influenza or Ebola and also the emergence of antimicrobial resistance (AMR).

FAO has developed a five-year Action Plan to tackle AMR in food and agriculture which strives to boost the detection, monitoring, regulation and management of the use of antimicrobials in livestock production, fisheries and crops.

“Ensuring food safety is fundamental in a world where the food supply chain has become global,” the FAO Director-General said. Food safety incidents nowadays can have “global negative effects not only on public health, but also on trade and the economy,” he added.