Second last of the Tory Party’s first-day speakers, the Secretary of State outlined how he believed the EU’s common policies had failed farmers and fishermen. 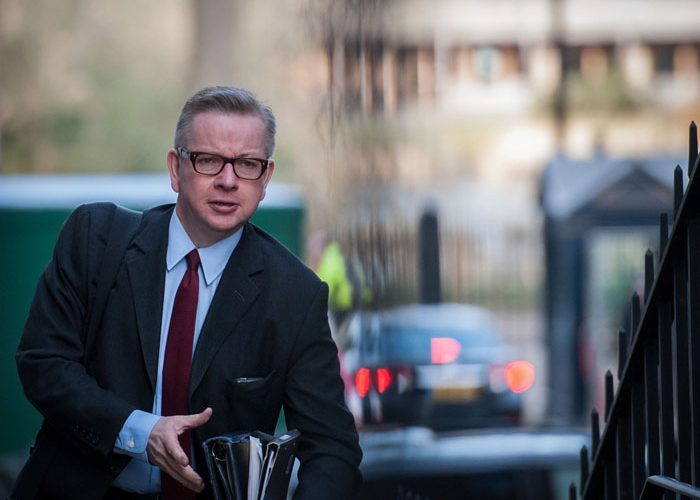 The Secretary of State for Environment, Food and Rural Affairs used his address at the Conservative Party Conference to offer a ringing endorsement of the Brexit’s potential.

Yesterday (October 3) Michael Gove told delegates in Manchester that British rural communities can do ‘so much better’ outside the EU.

He focused his optimism on the environment and animal welfare, underlining what he perceived as the EU’s failures. Worst among these, he highlighted, were the common fisheries and agricultural policies, both areas over which many hard battles have been fought during referendum campaigning last year and subsequently.

Mr Gove said: “Take the EU’s Common Fisheries Policy – it has been economically and environmentally disastrous.

“Lack of control over our own waters has gone hand in hand with drastic overfishing and the depletion of a wonderful, renewable, natural resource.

“Outside the EU we can do so much better.

“And the EU’s Common Agricultural Policy has been a failure – environmentally damaging and socially unjust.

“The number of farmland birds has reduced by more than half, pollinators such as wild and honey bees have suffered a drastic decline in numbers, and our rivers and chalk streams have seen fish stocks decline and small mammals disappear.

“On top of that, the CAP has channelled hundreds of thousands of pounds of taxpayers’ money to the already wealthy, simply because of the amount of land they have.That is plain wrong.”

Continuing on his theme, the MP aimed his remarks over common policy ‘failures’ at British farmers. He said: “And what makes it worse is that the CAP hasn’t provided the right support to our farmers in their drive to improve animal welfare standards and enhance the environment.

Mr Gove then went on to spell out his idea of what leaving the European Union would mean for farmers and fishermen:

“For a start, outside the Common Fisheries Policy there is a sea of opportunity for British fishermen.

“We can take back control of our territorial waters. We’ll let in others only on our terms. We can then develop a world-leading policy on marine conservation.

“And give British fishermen first call on this resource.

“Isn’t that a great prize to aim for?

“And, outside the Common Agricultural Policy, we can stop subsidising the rich on the basis of how much land they own and instead spend money on enhancing the environment, supporting innovation, improving productivity, training a new generation of entrepreneurial young farmers and reviving rural communities.

“Isn’t that a great Conservative mission?

“And outside the European Union’s single market, we can improve animal welfare, supporting more humane methods of farming and restricting the live export of animals.”