NFU Mutual surveyed more than 2,000 consumers and found food confidence was waning – and producers were top on the list of suspects. 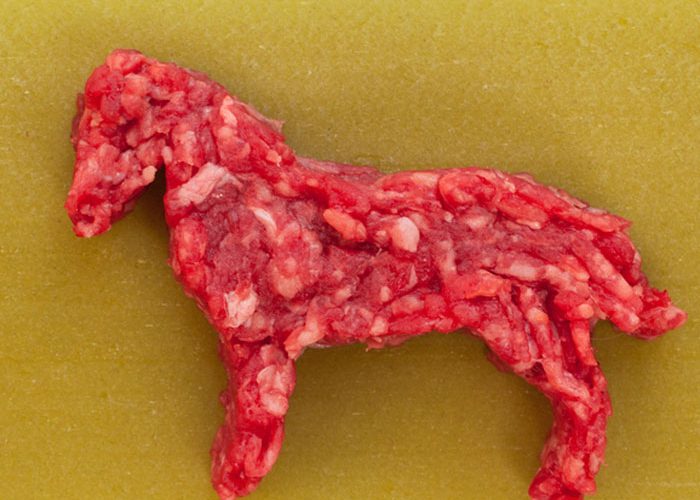 DWINDLING TRUST: Producers and manufacturers have the

The insurance firm’s Food Fraud 2017 is the result of an omnibus survey conducted online via ICM Unlimited. It was published last week and documents a British public who have had their confidence rocked by high-profile scandals and lost trust in large companies.

Nearly 75 per cent thought that food fraud was an issue in Great Britain. When asked if they had experience of food fraud themselves, 28 per cent said that they had and a third thought it was likely the practice would increase in the future. In comparison with the British supply chain which 38 per cent trusted, respondents tended to suspect foreign sources more with 12 per cent and 7 per cent saying they did not have confidence in the European and global supply lines respectively. When asked whether they trusted their suppliers more or less than they did five years ago, 33 per cent said they were less trusting, and only 9 per cent said they were more. The remainder, for the most part, did not think their trust levels had changed.

The cause for this decline can be linked largely to high-profile fraud cases reported in the media. Forty-six per cent said that this was their reason for feeling uncertain in their suppliers. The 2013 horse meat scandal, where European beef was found to contain undeclared or improperly declared horse meat, seemed to have had a marked impact on consumer confidence.

“Fraud not only gives the genuine businesses a bad name but also causes distortions in markets that can lead to unfair competition, with legitimate producers undercut and potentially forced out of the market,” said Frank Woods, a retail specialist at NFU Mutual. “The ways that fraudulent food can enter the food chain include falsified or inaccurate documentation, redirection of waste products and re-dating of stock, often through food brokers and internet sales.

“It will be interesting to see how the August 2017 sentencing of Andronicos Sideras, owner of Dinos and Sons Limited, Ulrich Nielsen and Alex Osler-Beech of Flexi Foods – sentenced for masterminding the horse meat scheme that saw at least 30 tonnes of meat passed off as beef 4 – might help improve people’s confidence in the determination and ability of local authorities and organisations such as the Food Standards Agency to crack down hard on those committing food crime.”

On Monday July 31, Andronicos Sideras was sentenced to four and a half years behind bars. Co-conspirator Ulrik Nielsen was jailed for three and a half years and Osler-Beech was given a suspended sentence.

Who’s to blame for food fraud?

The majority of respondents (63 per cent) said that producers were the most to blame for food fraud. Farmers walked away relatively unscathed with only 6 per cent imagining they played a part in food fraud. Cutting costs was the primary reason people thought food-industry workers might have for committing fraud with 37 per cent. This was followed by organised crime with 19 per cent and poor control methods with 18 per cent.

Whilst most people trust their suppliers in general, 18 per cent expect to be duped in one way or another.

Food assurance stamps were highly beneficial in assuring consumers they could trust their products. Sixty seven per cent said they were influenced by stamps with the Fairtrade logo giving the most comfort to buyers with 44 per cent claiming it affected their decisions. This was followed by the Assured Food Standards’ Red Tractor influencing 42 per cent and the Lion Quality stamp influencing 36 per cent.

Companies that had strong values and invested in corporate responsibilities earned the trust of 30 per cent of respondents, and smaller, family run companies (23 per cent) and local companies (14 per cent) were deemed more worthy of confidence when compared with their larger, big-money competitors.

What’s to be done?

At the end of the report, Darren Steward, Food and Drink and Hospitality Specialist with NFU Mutual, offers some advice to businesses wanting to boost their consumer confidence:

“Implementing awareness and prevention programmes across the employee network should be at the core of every company’s business strategy, right through to customer-facing level if it is relevant to help reassure both staff and consumers that your business is serious about combating fraud and keeping the best interests of customers at the heart of what they do.

“Companies can be more at risk of fraud due to new technology and using international supply chains. That said, technology such as regular anatomical testing of supplier food and final products by manufacturers, hospitality businesses and retailers can be used as a positive means to detecting fraud early. Also a manufacturer using a long, global supply chain doesn’t necessarily mean it is more vulnerable than one using a short British supply chain, but a shorter chain might be easier to manage.”

The rest of NFU Mutual’s insightful report can be found here.

Keeping up with COP