This month marks three years since news of the UK’s horsemeat scandal first broke. Dr Mike Bromley reflects on the lessons learned by the industry and what the future holds in the battle against food fraud… 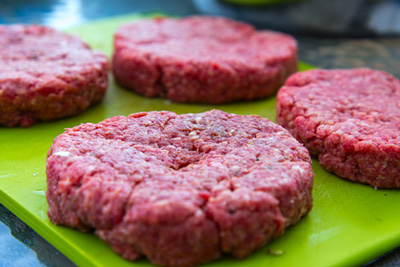 This month marks three years since news of the UK’s horsemeat scandal first broke when food inspectors found horsemeat in frozen beefburgers made by firms in the Irish Republic and the UK, and sold by a number of UK supermarket chains. Following the breaking news, companies across Europe recalled a number of beef products after finding some were contaminated with horse DNA.

Dr Mike Bromley, founder of Genon Laboratories and specialist in food authenticity testing, reflects on the lessons learned by the industry and what the future holds in the battle against food fraud: “The horsemeat scandal of 2013 thrust into the mainstream media an issue that had long plagued the industry, albeit below the radar of the average consumer – the issue of food fraud. The problem is far more prevalent than many realise, with conservative estimates putting the annual cost of such deception at around $15 billion globally and research suggesting that it affects around 10% of all commercially sold food products.

“The scandal was a stark illustration of how loss of consumer trust in major supermarkets and food producers can have an enormous impact on corporations. A year after the initial reports, sales of frozen ready meals were down 6% leading to the demise of several enterprises including the major food manufacturer Spanghero.

“This, coupled with widespread media coverage and public indignation has been a catalyst for change in the industry and positive steps have been taken to curb fraud. Back in 2013, only two analytical methods were commonly used in laboratories to detect the content of meat products. These tests were designed to detect the presence of a fixed and very limited range of adulterants. In short, these tests could only answer ‘yes’ or ‘no’ if asked about a particular meat species.”

Dr Bromley continues, “Prior to 2013, risk-profiling of product contamination would not have identified horsemeat as a likely risk so it generally wasn’t tested for. Naturally that’s all changed in the intervening years. Not only is horsemeat very much on the radar of those screening for food fraud but so too are the vast number of other species from across the globe that could be used to adulterate mainstream meats or other foods.

“The cost and practicality of detecting all potential contaminants using traditional methods was clearly prohibitive so new approaches were needed. The UK government upped the pressure by commissioning a report that ultimately recommended that there should be zero-tolerance in respect of food fraud and a greater focus on intelligence gathering. In order to prevent a similar scandal, the analytical testing methods available to support the industry needed to offer tighter controls over authenticity to police and prevent similar instances of food fraud.”

Ushering in changes in the food industry

Dr Bromley adds, “The incident has indeed begun to usher in changes in the food industry and in many cases, where existing detection methods were inadequate for the food industry’s needs, improvements have now been made. It’s vital, however, that momentum not be lost.

“One big advance is the application of Next Generation Sequencing to food fraud detection. These new diagnostics use techniques gleaned from the landmark mapping of the human genome to screen simultaneously for the DNA of no fewer than 22,000 different animal and plant species present in a sample.

“Following the scandal, consumer awareness of food fraud had never been greater. Demand for food manufacturers to demonstrate the authenticity of their products has grown and pressure to verify the quality of food products continues to increase. The issue has remained on the agenda, with other high-risk products such as white fish being put under close scrutiny by the media and industry experts.”

Dr Bromley concludes: “To ensure an industry-wide standard moving forward however, it’s important that manufacturers and retailers continue to be vigilant. While the technologies now exists to better support the industry to satisfy the Government’s recommended zero-tolerance approach, it is critical that they are adopted.  In this environment of intense scrutiny, those responsible for quality assurance will inevitably want to invest in the best possible detection methods in order to combat food fraud effectively.”